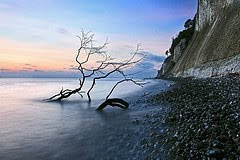 We are back from a 3-week holiday in the old country. Like all the other breaks to the Philippines, I need a vacation from that vacation. Off to Las Vegas next week.

A Death in the Afternoon

1. From a 22-hour plane ride, my wife dragged me on the first day to a parlour to get a haircut and a foot scrub. That afternoon was abuzz with fearful banter among the “aestheticians” (haute term for today’s barbers, hair stylists, foot spa attendants, pedicurists, manicurists, and the kibitzers to garner bigger tips) --- “Who will bring that homeless man sprawled near the parlour to the hospital?” The attractively transgendered manager called the barangay tanod (village watch) to come pick up the distressed man whose gangrened leg (from a diabetic reaction to an earlier amputation) precariously dangled from a pushcart he fashioned from scavenged debris or termite-eaten lumber from abandoned houses. The barangay bureaucrats said it was a job for the Department of Social Services and Welfare, not theirs. The security guards at the nearby Jolibee fastfood restaurant harrumphed that something must be done quickly to get the “wreckage of a derelict” out of sight – the munching customers inside are beginning to squirm. Who will help him, the fluttering beauty parlour attendants chimed in with feigned concern (How come even the females talk like tarty maricones (gay)?).

What’s this fuss all about? My foot-spa-treated missus enquired in the busy-body unctuousness of the parlour denizens. It’s about a dying man outside, I barked from the barber’s chair. No one wants to take him to the hospital, the transvestite parlour boss said. No one wants to shell out money to the hospital – before the man is admitted. You know, he’s got a son in the States and another working in Dubai. They must have abandoned him. Or he was too crazy to even get in touch with them. The parlour kibitzers chorused like cackling hens. That’s what’s wrong with our system --- no money, no health care. Even the village officials would rather pass the buck to the distant national government DSSW (they are fond of abbreviated names here) who likewise passed it back to the barangay (village) government. Dios ko, naman, baka mamatay na lang diyan! (Good Lord, he might just die right there!) sighed the outraged parlour overseer.

Done with my haircut and foot scrub (to remove calluses from ill-fitting shoes, my wife prescribed, and “to restore epidermal softness common to the ruling class”! ), I stepped out of the noisy marketplace of rubber-nosing fencesitters. It was about that time that a small crowd started clucking collectively angry tongues. Patay na siya! (He is dead!) Huli na’ng lahat. Saan ang tanod? Ang DSSW? (It is too late. Where is the village watch? The Department of Social Services and Welfare?) Sprawled helter-skelter on the makeshift pushcart is a diminutive, unwashed, half-naked old man who must have finally gasped his final breath begging and waiting for help while balik-bayans (citizens who have come back from their homes elsewhere abroad) like me had their foot-scrubbed into baby-pink like smoothness inside the air-conditioned, perfume-scented beauty parlour. I shuddered at the microcosmic likeness of the “moment” to the macro situation of the Philippines – nobody steps up to answer the critical question: Are you your brother’s keeper?

My wife averted her gaze away from the crumpled body on the pushcart. I heard the Jolibee “sekyu” (security guard) yell at the now het-up barangay representative who has just wheeled in to ask – where is the man who needs to be brought to the hospital? Ayan, patay na siya! Pulutin na ninyo, o kami na ang pupulot sa kanya bago mawalan ng gana ang aming mga parukiyano! (There he is. He’s dead. Pack him up or we will do it ourselves before we lose our clients in the restaurant who will surely lose their appetite from seeing him there!)

A death in the afternoon, I muttered to myself. The crowd dispersed; the transvestite parlour boss went back into the parlour, and asked who’s next in the foot spa.

2. Ninoy Aquino’s widow, Corazon C. Aquino, the military-backed post martial law President who toppled Ferdinand Marcos died August 1, 2009. Her wake became a spectacle despite her family’s rejection of a state funeral --- the mourners from all walks of life – from the abject poor to the disgruntled rich, the ignorant massmen to the academic navel-gazers, the religious to the secular opportunists. The entertainment sectors (the great guns came out to sing: Kuh Ledesma, Lea Salonga, Gary Valenciano, Zsa Zsa Padilla, Dulce, Martin Nievera, Apo Hiking, Jose Mari Chan, etc.) and the broadcast media tried to outdo each other with their hosannas. Are there recordings of those performances one could buy from the enterprising recording industry? The singers did a better job of honouring the cancer-struck Cory Aquino; the wake will be remembered for a long time as that which brought out the best rendition of “Ang Bayan Ko” by Broadway actress Lea Salonga.

The has-been Cabinet members and wannabe Presidential pretenders could not stop stringing high-falutin encomiums about Mrs. Aquino’s simplicity, honesty, and sincerity. They were astounded silly by their pride over her humility.

Past Presidents Fidel Ramos and impeached leader Joseph Estrada, erstwhile military backstop/puppeteer and vehement critic of Mrs. Aquino respectively, joined the photo-op throng to say goodbye to the lady in the unprepossessing coffin. At 4 a.m. on the Wednesday before Aquino’s interment, the present President Gloria Arroyo rushed to the Cathedral (cutting short her trip to the United States, her press secretary Remonde protested), offered a Palace Mass for the fallen former President despite the latter’s pre-demise people-power threats for Arroyo to resign as an interloper President (grabbed power from Estrada). Hiya. The Filipino value of hiya (politesse) came in good stead.

These are symptoms of an unhappy country that needs a hero.

Unhappy, indeed, are the citizens who would even make heroes out of the hapless honour guards who stood ramrod straight all throughout the 9-hour funeral march beside Mrs. Aquino’s bier. They would be promoted in rank and awarded business-donated bonuses of 25 thousand pesos ($520US) each.

In fact, Congress filed resolutions to declare her a “hero”, even before the august chamber of learned men and women could proclaim martyred patriot Dr. Jose Rizal, rebel supremo proletarian Andres Bonifacio, and those who valiantly struggled against Spanish, American, and Japanese colonizers as Filipino national heroes. The expression of grief bordered on adoration so that after her interment, some admirers --- including former Aquino functionary now vaunted public intellectual and economist Solita Monsod – wanted her to be beatified by the Vatican. They wanted a Saint Cory Aquino to boot.

That, of course, crystallized the overflowing expression of fealty, over-reacting brush-fire devotion to the almost forgotten Mrs. Aquino who came back to claim power and fame through her youngest daughter’s revelation that she had terminal colorectal cancer (Kris, the actress and TV personality). The death watch culminated, of course, into the spectacle seen throughout the streets of Pasig, Makati, and Manila. Filipinos made a fiesta out of her wake and burial. They have long needed a semblance of EDSA People Power, a phenomenon admired the world-over that seems to have been squandered through the subsequent years after President Marcos’ dethronement. A week after the interment, the yellow shirts and dresses have vanished, and a Congressional murmur of abandoning the Charter Change resolution of the House of Representatives is now being bandied around as a good manner of honouring Mrs. Aquino’s memory.

If simplicity and humility were Mrs. Aquino’s exemplary virtues, she would have spurned the over-wrought mourning. After all, in the words of her martyred husband, Ninoy, their deaths were an overlapping stream of lives and sacrifices for the “Filipino who is worth dying for.” KISS was Ninoy’s favourite advice as a journalist and speaker: Keep It Simple, Stupid.

Serendipitously, I had a lachrymose moment with my mother, now a decade older than Mrs. Aquino, who realizes she is inexorably joining my father who went home ahead. My visit with her this time had a note of peremptoriness. Bury me with your father, and learn to forgive, she whispered as I kissed her hand.

I will remember Mrs. Corazon Aquino's requiem as a grander version of whatever I would be able to muster for my mother when the inevitable comes. I wept when her youngest daughter repeated her final entreaty to her family: Take care of each other. My mother made the same feisty advice when I bade her goodbye. She has this third eye that might have sensed my anger over not being able to take care of her from this distance, and my disappointment that remaining siblings have not been as understanding and tolerant of her obstinacy and intractable exercise of maternal authority even when she rues that she has probably outlived her usefulness.

The Filipinos could best revere Corazon Aquino's memory by taking care of each other, as intoned in the anthem's final words: Aming ligaya na pag may mangaapi, ang mamatay ng dahil sa iyo! (It is our supreme joy to die for thee (mother Philippines), should any tyranny befall thee.

Next: The National Artist Kerfuffle: A Fly in the Holiday Soup
Posted by ALBERT B. CASUGA at 6:17 PM

Hi there. Very cool site!! Guy ..Wonderful .. I will bookmark your website and take the feeds additionally…I am glad to locate so much useful info right here in the article. Thanks for sharing…http://www.sbobet7sports.live/

It as nearly impossible to find experienced people about this topic, s1288 but you sound like you know what you are talking about! Thanks