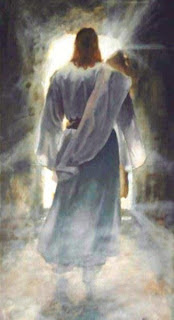 A VIGIL CONUNDRUM: HIS TOMB IS A WOMB*


"What misery to be afraid of death./ What wretchedness,
to believe only in what can be proven." ---Mary Oliver


He chafed at the two-and-a-half-hour service,
and at night yet: a vigil, the pastor called it.
“Why a vigil? Who are we losing early sleep over?”


“You should not have come along this evening
with a sour heretic’s spleen, you put the heathens
to shame,” his beads-wagging wife snapped as he
rather timorously dared to vent his quiet  protest:


“Why this vigil? We have lived with this truth
for centuries now. Why behave like we have
to prove that He did prevail over dying or death
by crucifixion between thugs on the hill of skulls?


“That grave stone moved during Pilate’s watch?
Not even his twelve comrades could do that.
His carrion bore Life. This tomb is a womb.”


“What in the name of the saints did you say?
A womb tomb?”  She snarled under her breath.
But he would sheepishly answer: “Am poetic.
I mean all types of dying or death entombed.


“But this was the true womb of life and living.
In that cave, this world’s hideous hate died
so that it may become the womb of a Rock.
His carrion gave birth to a glorious empire


“Of enduring love, against whose ramparts no
vicious malice, mayhem, nor evil shall ever
prevail.” Askance, she stared at him as she would
a madman, and said: Hush! The vigil has begun.

Philippine poet Rita B. Gadi posted the following in response to the poem above. We are reposting this from MY FACEBOOK NOTES. 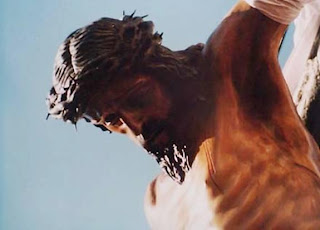 It seems not enough
to have hurt You once
in Calvary.

Each day I repeat
the rending of Your heart
quenching Your thirst with acid,
rolling the dice
for the price of Your robe
the glint of instant gain
twirling in my palms,

Please take me back
pressed inside the smallest
particle of space
between
the wooden sliver and Your skin
my holiest intimacy
with Your enormous grief,

LORD, I AM NOT WORTHY!