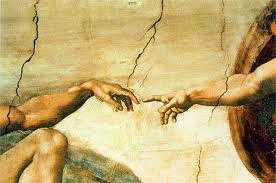 It is what he has absently forgotten,
that he still abides in a strange gyroscope
of happenstance of giving and taking,
of coming and going, visions and revisions.

If he had his druthers, he’d rather not be given:
too little time for too much to give back on.
A keen eye to see both sides of a magic coin?
Be a magistrate then, look for the right and just.

Or a poet who sees both sides of a wall. Or mirror.
When someone sent him a throne of words,
he built cathedrals of thought no one understood.
“It’s poetry, mon ami!” He said it’s worth a shrug.

Like cold tea. He struggles in his windy spaces
to finish the promise of the Word to be his word,
that he might give back the flame he borrowed,
and say, “I kept your Fire and gave it Fervour.”