HOLOCAUST IN MY MIND (A REVISION) AND THE WRITER'S NOTEBOOK 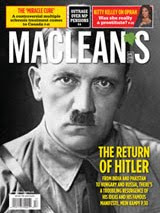 CRUISE FARES 3: HOLOCAUST IN MY MIND (A QUICK REVISION AND AFTERTHOUGHT)

Yobo of Sarnia
“In ascending steep climbs, the Himalayan Sherpas hold each other on the shoulder in a single file; you know, it somehow energizes them.” – Yobo, while climbing the Georgetown Fort in Grenada


“Sich falsche Hoffnungen machen,”
he muttered absently,
looking for an excuse to be on top
of a hill housing a dungeon.

Remnants of a lookout point,
the Fort stands now for an illusion:
safe from the marauders,
safe from the ogres of conquest,
here remains a craven rock
of futile defence from the claws
of Empires that came to save settlers
from voodoo and disease
in the name of God and country,
hope for the hoffnungsvoll,
a new world where the old
is a detritus of violence and greed.

“I am a castaway child
of the Holocaust, and I remember:
no dungeons or chambers
shall cut us down wherever we go;
our best revenge is to thrive
at any time in any clime in any place
where we find ourselves
derided, denied, and defeated;
it is only the hoffnunglos
who must inherit the wind;
my people will always build
the lighthouse on the knoll;
like the Sherpas on the Everest,
we hold each other‘s back
ascending, we lend each other
strength until the very end.”

Muttering, Yobo of Sarnia, man of means,
absently looked down the cliff and claimed:
“Ich auch eigen der Welt unter.
No one will take it away from me. Ever.
Pardon my Deutsch, Monsieur,
but habits die hard and tongues get twisted."

(Rewritten from its first version Cruise Fares 3: Holocaust in my Mind, the version above cuts the lines shorter to objectify the rhythm of the ascent on Fort George which remains on a cliff overlooking the capital city of Grenada in the Caribbean. It should suggest the breathing of the climbers as they strain to reach the top of the hill. Is this a better version?)

Yobo, a thriving businessman from Sarnia, Ontario, Canada, and his spouse saw me struggling to climb Fort George, cursing with every step managed by my arthritic feet. “Why am I doing this?” I asked nobody in particular (not the least my wife who valiantly lumbered up the height
despite the same ailment the ageing is heir to. But she is a braver soul; the value-calculating tourist in her suggested the trek.)

“Are you all right?” His spouse asked with what I gauged as a genuine concern for a foul-mouthed stranger who might (at the moment) just be gearing to throw himself off the cliff to stave the agony of climbing a rock with an obviously neglected monument atop it.

“Pardon my French, but I am afraid I can’t go on,” I sheepishly apologized for my scatological diatribes.

Positioning herself behind me, she held my shoulder, and her Yobo hastened to explain (to my relief) that this is the secret behind the Sherpas being able to scale Everest with a lot of energy to spare.

I was profuse in thanking her compassion. Yobo chuckled. I got wheedled to move on, albeit feeling like a wimp.

At the top of the hill, we saw a dungeon-like bastion. At this point, Yobo introduced himself as coming from Sarnia, in Ontario, Canada, and I wheezingly replied we were likewise from Canada, in Mississauga. Toronto is a suburb, I said, and when they laughed I knew they were good people (not going to mug me).

The ensuing banter between Yobo and I was felicitous. It was the first decently intelligent conversation I engaged in (and sadly realized later, the last) during this Caribbean cruise where eating, sleeping, shopping, and bansheeing in the white-sand beaches were main events.

“Reminds me of the Holocaust,” Yobo said, pointing at the dungeon. “My grandfather sought refuge in Netherlands. I was 15 when we got to Canada. Not a word of English in my vocabulary.”

“We have our Intramuros in the Philippines where I was born. I taught at the University for a while, before getting drafted to work for the Information arm of the Marcos government,” I segued. “I left when the martial law government failed to create a better country.”

“Ah, dictatorships. How would its governors ever explain these abominations?” He said.

I was impressed by his vocabulary. Abominations is no longer used in the Twitter world.

“When Eichmann explained his monstrosities at the Nuremberg Trials, he said he did them for his country at the behest of the Fuhrer’s leadership.” I knew he was not going to be afraid to talk about the Holocaust.

“They have got to be accountable to someone,” he continued what was shaping up as a monologue. “If not to the people, at least to God. But they were not accountable to anyone.”

“They swelled before they could excel. The cliché about absolute power corrupting absolutely is true. Remember those? The first one from John Kennedy when he spelled out his criterion for government service. The second is a contemporary bromide that we all have to guard against. Even in democratic countries like Canada.”

My kind of English, I revelled at my cruise-find! A literate businessman.

I saw the chance to put in a good cent’s worth of thought, but my wife called us for a photo-op as bon fide touristic voyeurs.

I did not bother to ask Yobo if he said something in German. But I thought then that he has come a long way from the Holocaust, and that I admired his candour, and his grit to be thriving in spite of the indelible scars and despair of Holocaust victims.

I will find the Holocaust cogent not for its piled skeletons in death trains and gas chambers, but for the image of Yobo etched against the blue sky of Grenada, flowing snowy hair and gently grit jowls, muttering: “Bloodied but unbowed. Invictus, wasn’t it?” He punctuated.

Child of the Americas now, I thought, but he is an invincible Jew forever. Holocaust be damned.

Back at the liner, I wrote in my notebook: Ligne donnee: "Yobo, from Sarnia. Man of Faith. Man of Means. Holocaust in my Mind."
Mississauga, April 22, 2010