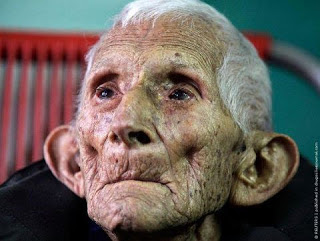 “I an old man,/ A dull head among windy spaces./ …I have lost my passion: why should I need to keep it/ Since what is kept must be adulterated?/…Tenants of the house,/ Thoughts of a dry brain in a dry season.”---T. S. Eliot, Gerontion, 1920

1. HIS E-MAIL FROM SOMEWHERE


Dotard Poem #1.  Love song in his dotage. He thought he was lonely; took his IPAD and sent himself an email.

You read me lines before you left.
Love tames all that is wild, you said.

I know I am finally done with running,
but I have nowhere to go. I can’t find you.

On the G-mail, Yahoo, what have you,
I risk being exposed as a scam scumbag.

I, too, am ill, and I have nothing to leave
except palpable feelings of your touch.

I have become wealthy with these tender,
not pounds nor guineas, but all this gentle

currency that has long lost its value: Love,
love for the wild heart and the wild times.

Dotard Poem #2. He told himself in a Remind Me Note on the fridge: "Forgot to forget; should have closed the door last night. Afraid will forget again tonight, and she will be back yelling. 'Shut the damn doors.' Ah, furgedabawteeet!" The dotard stayed awake all night instead. Can one close swinging doors? So, he wrote a poem to remind himself to forget what is left to forget. Okay?

closing down on him even as he spreads
his new-found wings to rise beyond all
this debris of meaning, love’s carrion,

when that is all gone, all abandoned, all
forgotten as just the drivel of cripples
who would not think of shutting doors

whence come the vultures of unfeeling
ennui, numb hearts still beating, still
blubbering about how lonely it will be

before the eager beaks have garroted
their brittle necks straining to grumble
a futile prayer that this visit is too brief.

Dotard Poem # 3. What was her name again? She came down the hill, I think, and all I wanted was to catch a whiff of dry sweat on her back. Damn it, if I could only remember her name, I'd write her a love poem. Or a letter. Or just an email. Facebook maybe. My hometown? On the tip of my tongue.

We will climb that hill again, won’t we?
There is a misplaced pagoda up there now,
a lookout we would have claimed our nook

When you were but a ticklish sweetheart
of a flirt, and I a wild-eyed swain waiting
for some summer breeze to blow your skirt

off your glistening legs moistened by heat
that became your lame excuse to giggle
as you shook my hands off your bare back:

O, they are sticky, you protested coyly then,
but when was the last time we laughed like
innocent lovers hiding from vile mongers

fearful that we could not wrap each other
into trembling arms as we rolled on grass
under the ancient acacia guarding the hill?

*Death does not arrive with old age, but with oblivion.

Dotard Poem #4. There was a time I could write any borracho under the table, I mean drink under the bridge. Is that the bromide? But whatever for? I cannot recall how and when I wrote this note on a rough, brown paper bag of music and a pack of metaphors. Did I say music? Meta…what? Oh, I meant a pack of brew. Give it all back. Return them to senders. I am done.


(Or Send Back to Sender)

If he had his druthers, he’d rather not be given:
too little time for too much to give back on.
A keen eye to see both sides of a magic coin?
Be a magistrate then, look for the right and just.
Or a poet who sees both sides of a wall. Or mirror.
Why not a jihadist who slays both good and evil
for a master who will not see any evil or any good?

And snow now melts faster than it could fall?
What ever for? He’d rather flakes all blew back
to whatever skies they’ve fallen from, too late
anyway for the grandkids who prayed as hard
as the grumbling Imam now hoarse with his
praying at the muezzin. What’s a hillock for
if it is not snowbound for their tobogganing?

He will not suffer the little ones to miss their
winter sleigh. On the other hand, this could be
a wayward winter storm giving back a late wallop
for having been given a welter of clouds and a clash
of heat and cold. Someone sent him a throne of words:
he built cathedrals of thought no one understood.
It’s poetry, mon ami! He said it’s worth a shrug.
Like cold tea.


Dotard Poem #5. This is the way my world ends, not with a bang but with a silence, a whimper calling attention to a noisy finitude. Tata, for now, but I shan't forget to forget those whose time has come to walk out the door. Closing the windows and doors now. If only I could find the locks.

This is the way the world ends/Not with a bang but a whimper. ---From “The Hollow Men” by T.S. Eliot

By sundown, they will be gone, like long shadows
on my porch walls. All the fierce singing done,
what remains is the quiet murmur of the bourn.
Its stream will not return, nor will the swallows.

But while they flitted from tree tops to broken
perches, did they not cry out their bravest songs?
These are our elm trees, these are our willows,
we pieced our homes here together, we roosted.

At the bluffs, we find the woods edge muted now.
Soon, even the cackling gulls will dive a final swoon,
catch the last crayfish lost on boulders left bare
by ebbing tide that must also leave its quiet shore.

It is troths like these that will not last, nothing
endures. The silence can only become a whimper,
the roar riding on the waning wind, a stifled bang
calling attention to a lonely end of a noisy finitude. 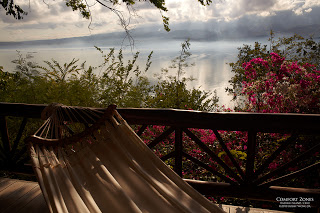 Bottom of Form
Posted by ALBERT B. CASUGA at 1:02 PM