MY GRANDCHILD NUMBER # 7 SYDNEY: IN ONE LONG PARAGRAPH 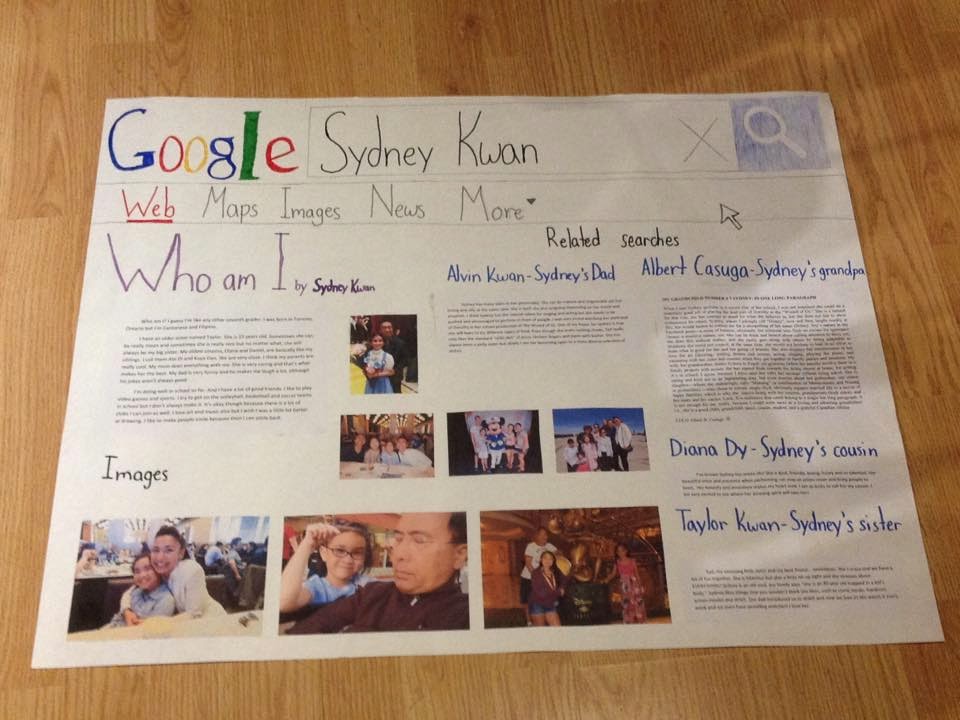 Sydney's mock-up of a Website which she made as a class project. Just a small proof of what she can do in her art work.
MY GRANDCHILD NUMBER # 7 SYDNEY: IN ONE LONG PARAGRAPH

When I saw Sydney perform in a recent play at her school, I was not surprised she could do an extremely good job of playing the lead part of Dorothy in the “Wizard of Oz.” She is a natural for that role; she has courage to stand for what she believes in, but she does not fail to show compassion for others. Sydney, whom I jokingly call “Disney”, now and then, laughs readily at this, but would hasten to correct me for a misspelling of her name (Sidney, boy’s name) in my Facebook posts---a sense of humour, obviously, but someone who finds no excuse for ignorance (hence, a sensitive nature; one who can be frank and honest about calling attention to this); yet, she does this without malice, and she easily gets along with others by being adaptable to situations she could not control; at the same time, she would not hesitate to lead in an effort to learn what is good for her and her group of friends. She also displays her sensitiveness in her love for art (drawing, writing stories and poems, acting, singing, playing the piano, and carousing with her sister and cousins when they get together at family parties and reunions. My wife, her grandmother, thinks Sydney is frugal, yet generous (when her parents involve them in a family project) with money she has earned from rewards for doing chores at home, for getting A’s in school; I agree, because I have seen her offer her savings without being asked. She is caring and kind not in an ingratiating way, but even worries about her godmother, our oldest daughter---whom she endearingly calls “Mimang” (a combination of Mama-auntie and Ninang or godmother) ---who chose to remain single (Syd, obviously equates married life to a haven of happy families, which is why she  enjoys being with her cousins, grandparents (both sides), and her aunts and her uncles. Look, five sentences that could belong to a single but long paragraph; it is not enough for me, really, because I could write more as a loving and admiring grandfather: i.e., she is a good child, grandchild, niece, cousin, student, and a grateful Canadian citizen. 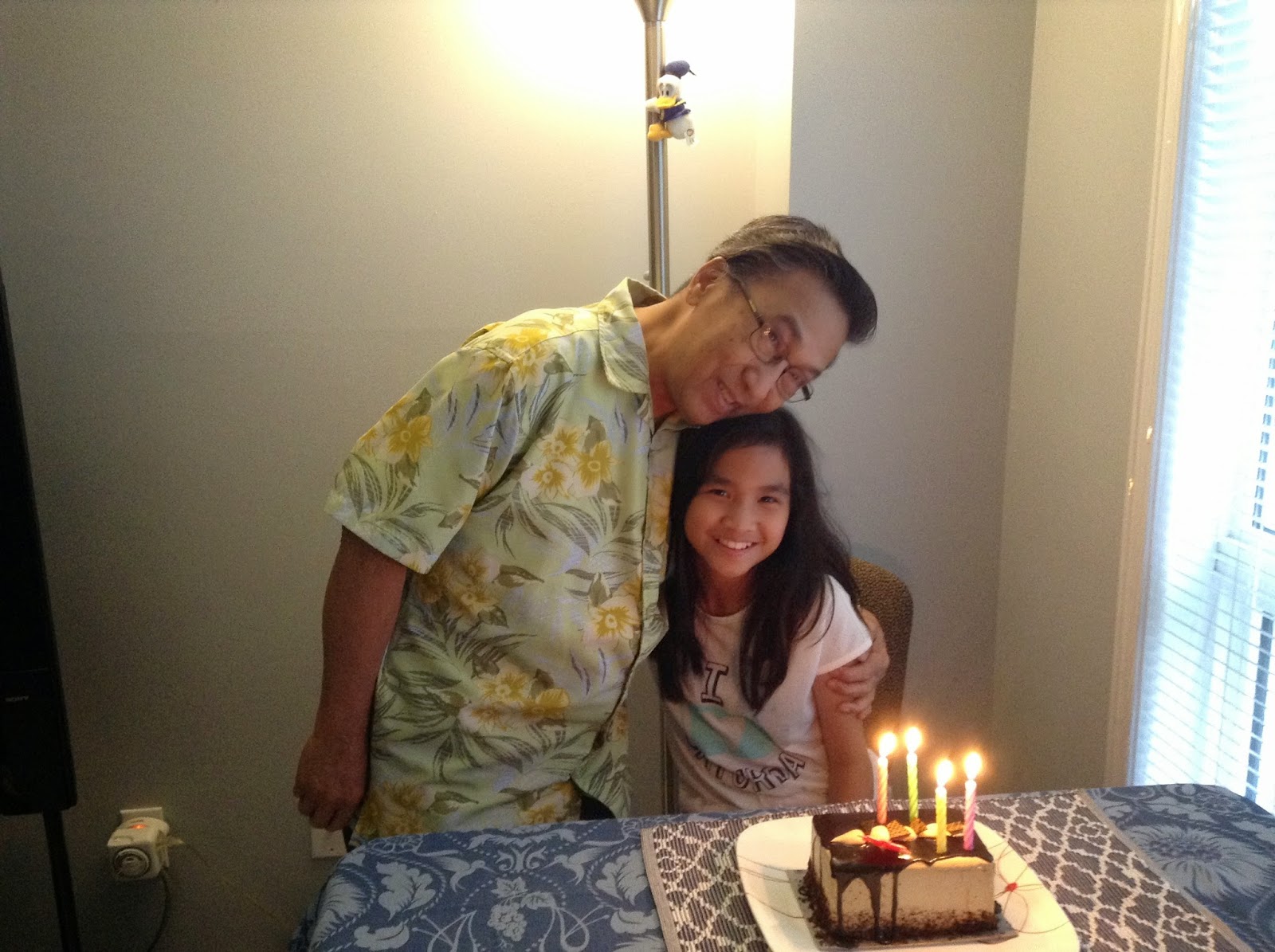