THE CANON OF THE CIPHER: FIVE POEMS FOR FATHER 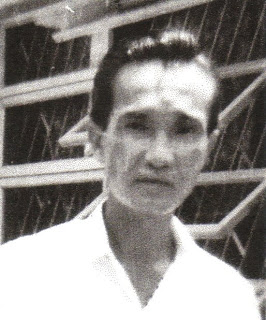 MY POEMS TODAY (JANUARY 9, 2016) ARE IN MEMORY OF MY LATE FATHER, FRANCISCO FLORES CASUGA who would have been 95.

THE CANON OF THE CIPHER:
FIVE POEMS FOR FATHER

I. RETURNING TO THE ROOT


There is a manner of returning to the root
explains the virtue of a hole,
its quietness the petering circle:
The canon of the cipher indicts us all.

And you, rocking yourself to an eddy,
drown the death wish: O that grief
on sons’ faces could tell you all.
“Will courage be visited upon my children?”

It is this cut whittles the tree down,
not of consumption but of fright
that bereaving is one’s splintering
of children’s bones. Death is our betrayal.

They are sons gaping as grandfathers die
shapes the gloom of the breaking circle.
They who knew the frenzy of the bloodcry
must never return to find sons become spittle.

(This poem was adjudged the Grand Prize Winner of the first Philippine National Parnasso Poetry Writing Contest (1971). A handsome trophy sculpted by noted Philippine sculptor Edwin Castrillo and a "princely" sum of a thousand pesos made me happy. Father must have returned the favour. But he was no longer around to applaud. I would not even have minded a slap on the nape.)

How much of those happy times
would you bring back, like waves
ebb but must always rush back?

It is the sea returns you intact
into my now empty days, windy days,
your laughter always a raw memory.

You threw me into those restless
waves, cried out a challenge: "Swim!
Kick hard, swing your arms! Swim!"

And I never stopped, not for hurts,
not for lost dreams, nor for losses.
You warned me never ever to cry.

*Culled from "Poesias Para Los Muertos" (11-01-11). I was not able to say goodbye to my Father when he passed away at the Bethany Hospital in San Fernando City, La Union Province, the Philippines. Just as well. He is still with me.


III. ONCE UPON A SUMMER SOLSTICE

There is a scampering of grace in the dry woods
and a pulse upon some soliloquy:
it is the rain come as a smooth and forbidding lace
upon the cup of the dead and dying weather.
It is past the season of the grub.

The flirt of the monsoon upon the arid lap of Nara
is caked on the thick napes of children
dancing naked in the mire of the fields,
gaping to catch the fingers of the rain,
slithering like parched serpents guzzling raindrops
cupped in the hollow of gnarled father’s palms.

There will be no songs. The ritual is not of birth
but of death as summer dies in Nara
and with it every titter bursting from a child’s mouth.
The rain becomes a bloody plot.

We re-buried Father’s remains on a hillock overlooking the sea.---A Letter from Home


Tanqui’s supreme conceit is its dread
Of withering grass in the month of the frogs
When rain, like fingers in the night, tread
The lesions gangrened on a hillock’s carrion,
Carcass of a season mourned
As the briefest of them all.

“The rain is on the hill, the dry pond
Is red with clay, the gods are back!
And so must I --- shadow of a past long gone ---
Weeping, running through these deserted streets,
Crouching now in mud pools of childhood fun
When songs were chanted as songs for the dance.
A dance for the grass! My limbs for the grass!
I must dance for Tanqui’s singéd grass!”

He dances hard, his body clean and gleaming,
But Tanqui’s rain is on the ashen hill.
Neither his dancing nor his lusty screaming
Will stop this dreaded withering.
Tanqui’s conceit is stranger still
When songs are sung not for her lads and lasses
But for this stranger who, dying, has come back
To dance for black grass, dance naked
For Tanqui’s withered pantheon grass.

V. DOWN THE SLOPE

"Yet all the precedent is on my side:/I know that winter death has never tried/The earth but it has failed;.../It cannot check the peeper’s silver croak."
--- Robert Frost, The Onset 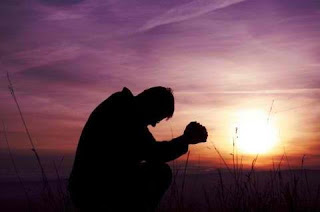