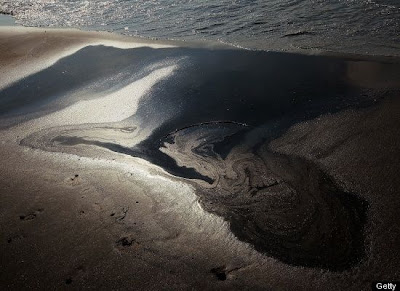 Poets for Living Waters has included this writer's poem ,"Earth Poems and Oil Spills", in its online collection of poems that has been calling attention to the ecologically disastrous effects of the BP oil spill in the Gulf of Mexico and Louisiana.

(The "poetry action" project appears in http://poetsgulfcoast.wordpress.com/ as a continuing attempt to create a sustained telescoping of the ecological disaster which has already wreaked havoc on ecological systems surrounding the affected areas and threatening to spread to vast areas connected by water.)

http://poetsforlivingwaters.com/ will link poets interested in adding their voice to the “call to action.” Amy King and Heidi Staples edit the collection tagged as “Coastal Poems.”

This kind of online poetry action was last seen in decrying the Maguindanao Massacre in the Southern Philippines (in the archipelago's island of Mindanao) where civilians and journalists were brutally mowed down by political partisans of warlords contesting the recent election for governor of Maguindanao. (See Rage Poems: Maguindanao Massacre, this blog.)

Literature has always been a measure of the significance of human acts and foibles, and this literary project continues with that tradition.

This is certainly putting the breadth and reach of the global net to more powerful use. Indeed, more meaningful than Facebook connections and social networking.
* * *
The following Statement accompanied the 3-part poem contributed by this writer and published by Poets for Living Waters June 28:

"The oil spills in New Mexico and Louisiana compound the ecological problems that our planet seems to be reacting to rather disturbingly. The poems Earth Poems and Oil Spills decry the abandon with which humans have exploited the earth's resources. The central image of Mother Earth slipping and falling from the oil spill (see last line in poem 3) achieves the poem's objective correlative of how she has suffered the human tantrums of war, man's inhumanity to man, his profligate ways, hence, the counterpoints in the first poem. Oil spills pale beside the inconvenient truth of our knowing only so well that oil lubricates wars, war machines that culminate in killing fields. All the more pity for those birds clipped from flight with sticky, toxic oil. Sad."