POETRY BOOKS TO REVIEW IN MY SHELF 2: TIGHTROPE BOOKS 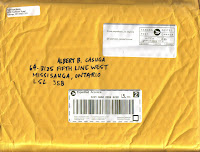 POETRY REVIEW BOOKS PART 2 (See Part 1 supra)
Tightrope Books sent me the first three books to review as soon as I indicated my interest. Using "Expedited" Canada Post, it took them merely a day to send the following poetry books after I sent them an e-mail reply accepting my "share of the burden" of restoring poetry to its place of literary eminence.
My pledge is to review them with the patience and appreciation for this literary art which Whitman, Ginsberg, e.e.cummings, et alia almost killed with their "howling." Rappers continue
to assault the art. I pledge to offer any shield I could muster to stop the onslaught of the neo-barbarians.
The reviews will follow. To introduce my "assignment", I quote from Tightrope's Website to warn any takers. 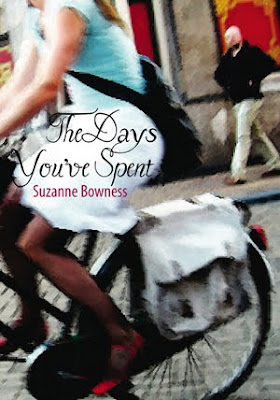 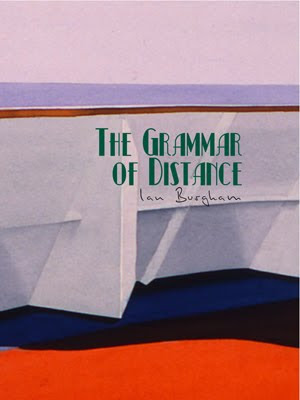 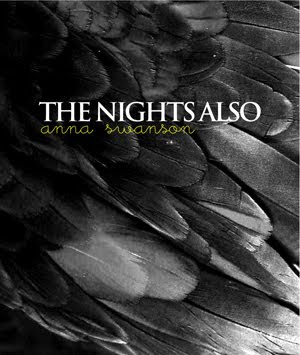 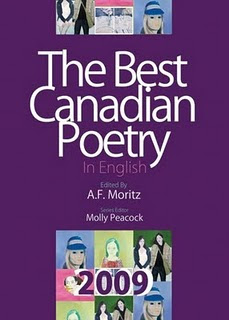 ISBN-13: 978-1-926639-10-9
ISBN-10: 1-926639-10-3
Poems that reflect the individual’s experience in the urban jungle, combining observation and insight that every city dweller will recognize.
The city, at once benevolent and indifferent to its residents, is the inspiration for this debut collection of poetry by Suzanne Bowness. In the first poem, a young woman arrives in the big city, where “in the beginning, anonymity is everywhere,” and wonders what her life there will bring. Using this new arrival as her starting point, Bowness moves on to develop urban themes of anonymity and collectivity alongside individualist themes of freedom, loneliness, and growing self identity. Part private reflection, part love letter to the metropolis, The Days You’ve Spent pulls back the curtain on city life, finding beauty in neon signs and profundity in laundromats. In these poems, the individual and the city interweave, and urban immersion becomes an essential element in personal growth.
Suzanne (Sue) Bowness is a writer and editor whose poems have appeared in the Literary Review of Canada and Pagitica. Her play The Reading Circle won first place in the 2006 Ottawa Little-Theatre One-Act Playwriting Competition. She is pursuing a PhD in English at the University of Ottawa with a focus on nineteenth-century Canadian magazines.

The Grammar of Distance
Ian Burgham

ISBN-13: 978-1-926639-09-3
ISBN-10: 1-926639-09-X
Ian Burgham once again presents poems of compassion that celebrate all manner of the heartland’s hazards and risks.
In his third collection of poetry, The Grammar of Distance, Ian Burgham writes from his gut and his heart. His imagery is, by turns, sensuous and rough-hewn, soft and hard. The poems crackle with sonic energy; they whinny and stamp. They whistle in the dark. His poetic landscapes frequent the windswept coasts of Scotland; but in this collection, we also find him doing terribly Canadian things like snowshoeing, surveying, chopping wood. Sometimes Al Purdy can be heard in Burgham’s voice and, occasionally, Patrick Lane. His penchant for storytelling and Celtic elegiac moods makes him a solid candidate for the position of poetic counterpart to Alistair MacLeod. Like all strong poets, Burgham’s imagination breaks past borders. Tribal and intense, his poems are conversations with loved ones, lost ones, and all the poets with storms in their bones. They are feisty. They rant. They grieve. They celebrate. Burgham is a thinker, a philosophical poet, a restless soul who asks big questions.
Ian Burgham is an associate of the League of Canadian Poets. Born in New Zealand, raised in Canada, he has lived and worked for extended periods of time in both New Zealand and Scotland. He studied literature at Queen’s University and at the University of Edinburgh. He worked as an editor for Canongate Publishing and later became publisher of Macdonald Publishing in Edinburgh. He has previously published two collections of poetry, A Confession of Birds, a chapbook published in the UK in 2004, and The Stone Skippers, published in 2007 by Tightrope Books and nominated for the 2008 Relit Award. He currently divides his time between Toronto and Kingston. In 2004-5 Burgham won the Queen’s University “Well-Versed” Poetry Award. His work has been published in many Canadian literary journals including Prairie Fire, Contemporary Verse 2 (CV2), The New Quarterly, The Literary Review of Canada, Queen’s Quarterly, dANDelion, Harpweaver, Precipice, Jones Avenue, and Ascent Aspirations.
Praise for The Stone Skippers:
“… a voice you don’t want to miss.” —Di Brandt
“ … concision, leanness and directness …”—A.F. Moritz
“rare and remarkable … the work of one who has the ear for the possibilities of language …”—Alexander McCall Smith

ISBN-13: 978-1-926639-13-0
ISBN-10: 1-926639-13-8
Fearless and insightful poems that illuminate one woman’s experience of chronic illness, relationships and gender identity, and solitude.
Anna Swanson’s poetry leads you through a life that tries to deal with a misunderstood illness, a gradual acceptance of one’s sexuality, and a sometimes onerous relationship with nature. Her writing is as honest as it is complex, and it attempts to reconcile an identity that has been distorted by illness through a profound analysis of memory and individual meaning. With poems that run the gamut from fearful to the absurd, that are at once deep and pithy, Anna Swanson proves in The Nights Also that she is a brave new voice in Canadian poetry.
Anna Swanson studied creative writing at the University of Victoria and the Memorial University of Newfoundland. Her poetry has appeared in PRISM International, The Antigonish Review, The Best Canadian Poetry in English 2008, and numerous other literary journals. She has paid the rent by planning festivals, selling books, serving drinks, making maps, walking on stilts, bowling with teenagers, writing press releases, and watching for forest fires. She now lives in Vancouver, BC, and works as a children’s librarian.


In this anthology, this year’s guest editor, award winning poet A. F. Moritz, has selected 50 of the best Canadian poems published in 2008 from the long list of 100 poems drawn from Canadian literary journals and magazines.
A. F. Moritz has written more than 10 books of poetry, has been a finalist for the Governor General’s Award, and has won the Award in Literature of the American Academy of the Arts and a Guggenheim Fellowship. He recently won Poetry magazine’s Bess Hoskin Prize for 2004. Moritz was honoured for his poem “The Sentinel”, published in January 2004. His latest book The Sentinel was short listed for the Governor General’s Award and is shortlisted for the 2009 Griffin Poetry Prize. He lives in Toronto and teaches at Victoria University.
Molly Peacock is the author of five volumes of poetry, including The Second Blush published by W.W. Norton in the U.S. and UK and M&S in Canada, Cornucopia: New & Selected Poems published by Penguin Canada. She is also the Poetry Editor of the Literary Review of Canada. Before she emigrated to Canada in 1992, she was one of the creators of Poetry in Motion on the buses and subways in New York City, and she served as an early advisor to Poetry On The Way. Her reviews and essays have appeared in the Globe and Mail, and her poems have appeared in The New Yorker, The paris Review, and the TLS. She lives in Toronto with her husband, Michale Groden, an English Professor at the University of Western Ontario.
Posted by ALBERT B. CASUGA at 6:17 PM