(Please click on image to zoom in on text.) 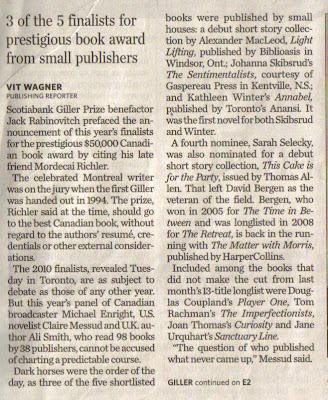 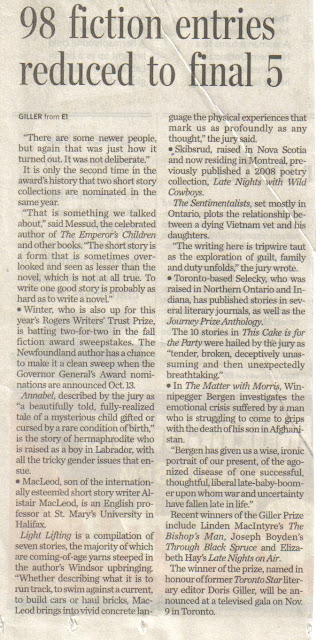 Wagner says: "The 2010 finslists, revealed Tuesday in Toronto, are as subject to debate as those of any other year."
This year's panel of judges: Canadian broadcaster Michael Enright, U.S. novelist Claire Messud, and U.K. author Ali Smith. 38 publishers submitted 98 books.
Favourites Asia Man Booker winner Miguel Syjuco (Ilustrado) and UK Booker finalist Emma Donoghue (Room) were shut out from the previous 13 longlisted authors.
Posted by ALBERT B. CASUGA at 5:39 PM