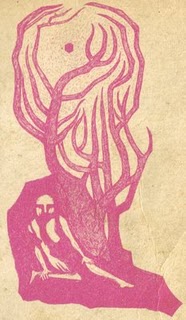 ....who would fardels bear, / To grunt and sweat under a weary life, / But that the dread of something after death, / The undiscovered country from whose bourn/ No traveller returns, puzzles the will/ And makes us rather bear those ills we have/ Than fly to others that we know not of? --- Hamlet, Prince of Denmark, William Shakespeare

Flores para los muertos
Are dead flowers in the wind
Though wild winds tow them.

We are fallen twigs
That will not be back on trees
Though wild winds lift us. 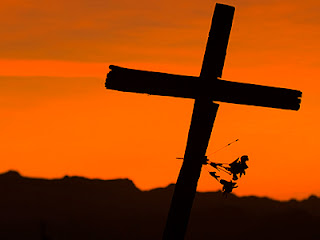 She walks somewhere
in than one word, that sphere
of fire,
She smiles with kind eyes
knowing what is cold
and what is old
yet young and giggly
she half pouts and listens
to the untuned piano
and she warmly plays on
the magic of her concerto.

Maam Ophie, we will be there
for fear that you would miss us
and make a roll call.
How could we miss you
even in the last dry run
to the ultimate One.

At least you would laugh
I hope you will smile
at this painful try.
Phoenix, you are on fire!

Maam Ophie believed in me even if I doubted myself. Too proud to show my perceived mediocrity of how I may compose a poem, I kept my attempts in vaults denial.

To Maam Ophie Dimalanta, these are some poems you kindled in me:

The gaps between us
are silences
shielding timidity
masking the shame
or the regrets.
The celluloid
wall simply warns
not to break too much
of anything much
But assures just the same
That you are there
and I am here
within seeing
Definitely within feeling
Yet never breaking through.
∞∞∞∞∞∞∞∞∞∞∞∞∞∞∞∞∞∞∞∞∞∞∞∞∞∞∞∞∞∞∞∞∞∞∞∞∞∞∞
Fisherman


Boredom never touches his face
now lined after three years and
three scores of line fishing.
Yet such eagerness, such hope unwavering
such patience, sweet patient wait.
Now old and almost bent,
his wiry legs and wiry arms
speak of tons of waves, salt and sun.
He sits there in silence, a rule for windless days
Lazy waves come long in between
knocking soft hellos
smack, smack on his barroto.

Is this the man who smiled
Who I once asked how to fish?
Is this the man who said: SAIL and
Let go that fish for a little swim
if it bites
Let go a little
Then make that sudden opposite jerk
To snag its mouth in time
Then gently, slowly bring in the line.

If he is the man who taught me how to fish
He perhaps doesn’t know the joys I got
with the fishing lines I tried quite a lot
with the letting go
and the sudden opposite jerk
surprising myself with the catch.
We don’t talk much,
Perhaps he knows
but perhaps
he doesn’t know much about me
or what it felt to be innocent
and now more ignorant about life,
love, and rowing,
about the missed scales,
the tricks of currents
winds, moon and fins
in this catch for endless shades
of baiting and knowing.


Dr. Ophelia Alcantara-Dimalanta,
a teacher, a poet, a friend, an honor for Philippine and Asian Literature!

THE SEARCH
7
Hear the blue in my lips
Touch the green in my eyes
Taste the beat of my heart
Rainbow the wounds
Sculpt the sky
Hold my hand
Sing!

I cannot hear
But I am here.

Good work, "terraces". Please get in touch wth me through your email. Write me at albertcasuga@gmail.com. I would like to see more of your poems.

Your poetry honours your mentor, OAD.

She walks somewhere
in that one word...


I kept my attempts in vaults of denial...

The Fisherman is Maam Ophie...

We are still in pain as she lies there. She kept on telling us
she would look for her students
and friends during her wake.

She knew last summer would be her last, she kept on dealing with themes and lines about death. We all tried to erase the thought as if we were immortals... dying is never fun for those who are still living.

Albert, you are one of her treasures. How she would mention
the writers she coached in the past. How she relishes the well written phrase. She was the most patient observer to our efforts at poetry. She kept drumming: language, language, keep writing, keep writing, balance the mind and the heart!

Im trying to finish a powerpoint presentation for Maam Ophie. May I quote your most recent post about her?

To your last note, "terraces": by all means use my stuff in your powerpoint. You honour Ophie by finishing it. Good luck. Let's keep n touch. And thanks for the kind words. ALBERT