A LENTEN DIRGE: A DARK CROSS 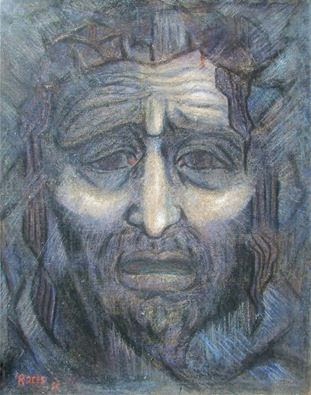 A LENTEN DIRGE: A DARK CROSS

This gloomy day ushers in (an embarrassment
of fronds and a donkey) an entry of a warrior
proclaiming Love, exited as a prisoner of war
into the Hill of Skulls, spread-eagled as a thief
on a ragged cross, crucified for a killing
fit only for the those mocking Caesar's due,
while invoking forgiveness for his assassins
who stripped him naked in front of his wife,
mother, and brothers, wailing in stark despair
to a darkened sky: Why have you forsaken me?

A dark cross casts its shadow over the valley,
but the blown rain breaks buds burnt like ashes...
on the forehead of the land---this is a desert
where fear and pain thrive---only these twins
will grow out of the oases of blood let out
by blades broken into each brother’s bones:
crosses have lost their balm here, where houses
are better off without porches anymore. 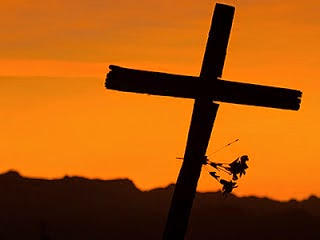