OCCUPYING THE EARTH: A POEM FOR EARTH DAY 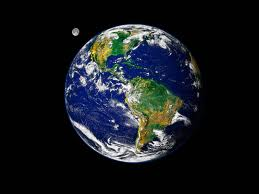 OCCUPYING THE EARTH: A POEM FOR EARTH DAY


A pile of fresh dirt at the woods’ edge: a groundhog has dug a den under the roots of a poison ivy-throttled maple. Will he itch all winter?—Dave Bonta, The Morning Porch, 11-23-11

Places shape us if we let them, like a dug den
at the woods’ edge would define the hog’s
winter under maple tree roots, poison ivy
wrapping its trunk at ground’s access points.


How much life can be eked out of this place
when boundaries throttle the explorer’s
spirit before one has started his exploration?
Not in my backyard, you don’t. Verboten.


There is poison in the air, water, dirt, or fire
from the bellies of the earth to the fusion
chambers of atomic energy plants; death
in coal-fired stations belching black smoke
to ozone distances, drought in global warming.


Seas gobble up atolls and resort isles; diseases
even sprout from infirmaries, and hospitals
become hospices for the dying and the dead.
Why must digging the dirt out of a den
start with the handicap of poison ivy?


Why plant genius and courage in a man
when his unbridled enterprise and struggle
can only lead to disasters that make burial
grounds his enduring, grandest monuments?


There is fresh dirt on the ground: An Occupier
will be buried among the tents in the park.
He could not restart his life; he took it instead.
Like that itch would do the groundhog in, I bet.