(Please click on the images to zoom in on the text of his Star reports.) 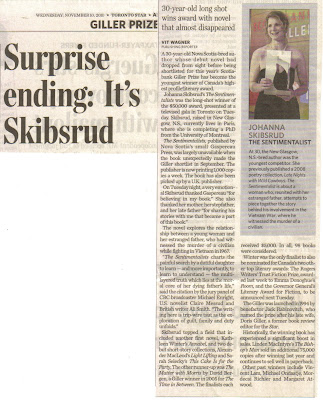 THE﻿ finalists and  FAQs on their work follows. Vit Wagner, in an earlier report, expressed disappointment that Montreal's Miguel Syjuco, a Philippine-born writer who won the Asian Man Booker Award and the Philippine Palanca Memorial Literary Award for his debut novel Ilustrado, was virtually ignored by the Giller when it was not --- surprisingly --- even included in the longlist of the award despite rave reviews in Canada and internationally. This blog agreed with Wagner in earlier posts. 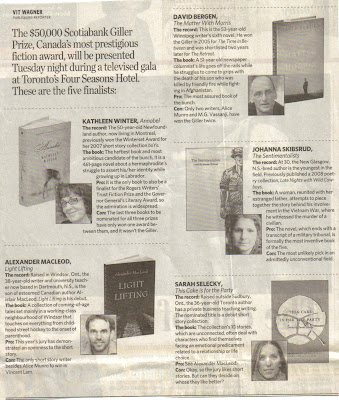 (Please click on the image to zoom in on the reporter's text. @The Toronto Star.)
Posted by ALBERT B. CASUGA at 5:47 PM