Toronto Star's Publishing Reporter Vit Wagner rounds up his reports on Canada's three major and most prestigious literary prizes today with the announcement of the $25,000 Governor General's Award for Fiction. Winners in the $50,000 Scotia Giller Award and the $25,000 Rogers Writers' Trust were announced earlier this month.

This blog celebrates Canada`s nod towards its writers with the reposting of the following portfolio from Wagner who concludes these reports with Lessons of the Book Prize Season.

(Please click on the images to zoom on the text.)
The Governor General Award 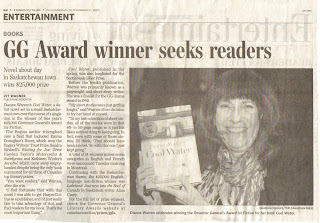 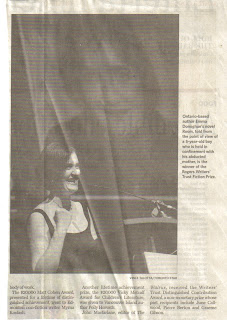 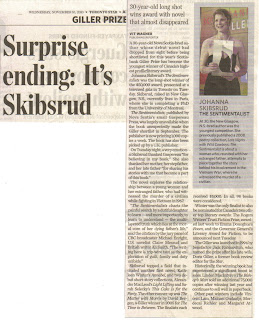 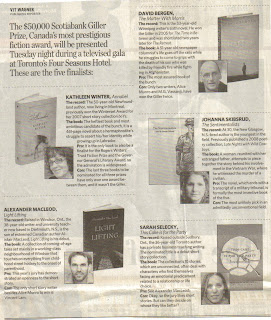 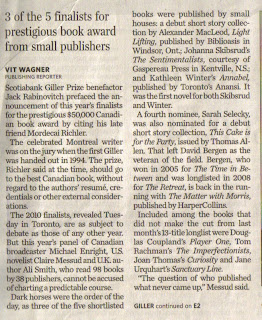 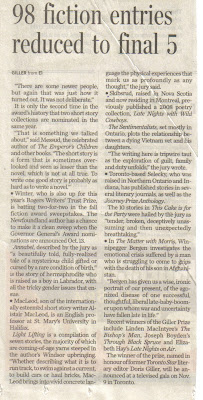 Vit Wagner thinks there are some lessons to be learned or confirmed during Canada`s fall book award season.

Give us your feedback. 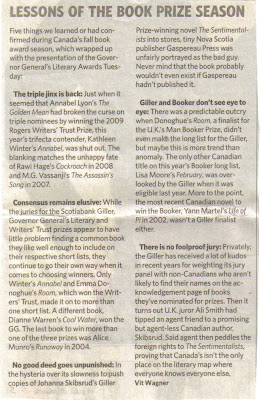 The National Post came out earlier with its predictions, which also confirmed the disappointments of Star`s Wagner and critics of the awards. 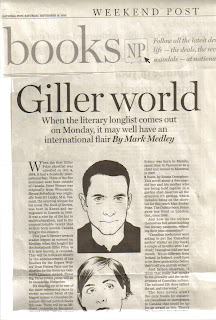 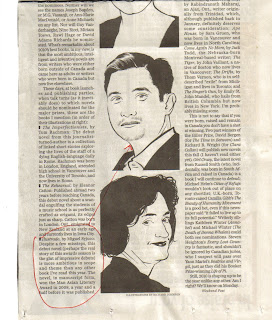 Of curious interest was the shuttting out of the Man Booker awardees from the winner`s ring, except for Donoghue who won the Writer`s Trust Prize.
(See earlier blog post on Giller`s long list which ignored Philippine-born Montreal writer Miguel Syjuco`s Ilustrado, an earlier favorite according to Wagner.)
For a list of prize winners, check  the Governor General`s Awards website at canadacouncil.ca(slash)prizes(slash)ggla.
Posted by ALBERT B. CASUGA at 6:50 PM