(For Cesar and Lulu Aguila who now have Sam, Katherine, and Harry.) 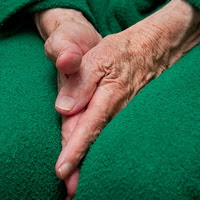 Throughout my "ordeal" meanwhile, what kept me going/sane were Lulu of course, and my dearest Samantha and -- here's the other good news -- the birth of another grandson, Harry Finlay Moon, and a second granddaughter, Katherine Maria Elman. --- Catching up mail from Cesar Leyco Aguila, Philippine-born Australian Novelist

1.
Ah, to be old and a mariner come upon that restful cove,
Where the final weapon is a chair not love;
To be old, cher ami, is a gallant slouching on that chair
Some porch of the heart grown insensitive to care ---

2.
The stool stood sentry to a darkened room where
she said she would wait if it took forever and it did.

The stool will outlast the stonewalls, rotting doors,
loosened bricks, dust, and bramble. It will be there.

3.
Sitting on her Florentine chair
atop the red-tiled stairs, the sirocco
breeze playing with her ivory hair,
she awaits her turn to say hello:
a caudillo-like half-raised wave
and a schoolmarm’s smile on her
waxen face, a smirk at times to save
her some chagrin falling off a chair
while she wags childlike to say:

Blow a kiss to your window-waving
girl, say au revoir for now, and pray
that as they grow, won’t stop loving,
and they do grow up and go away,
and you’d be left sitting on a chair
wondering why they have flown
like swallows, and hope would care
to come back and perch at sundown.

It is the Sea eats limb so life (so love)/ may not to its eternal wanting finish/ what it late started must soon deny:/ a clown’s journey through a circle’s shadow. . .


Another fishing season would have gone
by sundown, but I have stopped counting
and stopped fishing, too; think of all the bass
that got away and the crayfish dried brittle
on rocks laved clean of seaweed and brine,
ebb tide marking rhythm and time when
breaking waves drown the homeward halloos
of fishermen pulling empty nets and ruined
mesh dragged off by catamarans whose relics
now jag brackish breakwater rocks when
low tide retrieves stray shells wrapped in flotsam.

Echoes of your shrill shrieks and laughter startle
me still when I cock my ear to catch them
filling rooms and spaces that I would have shared
with you if you had only given me the chance
to teach you how to fish. But you left without
saying goodbye. At sundown, though,
on my hammock hour, I still hum your lullaby.


A GAME OF PONTOONS 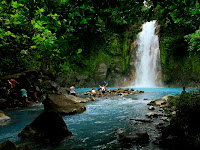 (For Mikey)
Mikey bested his cousins in the game of balancing on the lily pads (mock pontoons) while crossing the pool without falling into the water before he gets to the last pontoon. This ancient mariner, bedazzled by his grandchildren’s confidence and derring-do, failed to even get past the first pontoon despite their egging him on: Come on, ‘lolo! You can do it! Just do it! --- Writer's Notebook on a Family Break


He leap-frogged lithely
with tentative grace
from one drifting lily pad
to the other, an uncertain smile
creased on his elfin face:
quite like relishing
the exquisite danger
of leaping from one life
moment to another
shorn of anxiety or fear
a fall could end it all.

Would the pontoons hold
while he teeters on them
grasping for absent branches?

His final leap was also
this old heart’s leap of faith
that this lad’s leap-frogging
will end in a crash of pool
where ripples are his balm
and sinking is his baptism
of fire in a game called living
where bridges crumble
with the tottering pontoons.

RAIN ON THE TRAIL 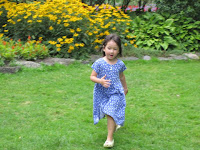 There is a scampering of grace/In the dry woods/ And a pulse upon some soliloquy: / It is the rain come as a lace/ Smooth and forbidding upon the cup/ Of the dead and dying weather!
--- From “Fugue in Narra’s Rain”, Narra Poems and Others, 1968


Something about running naked in the rain
recalls some lost decades withered now in
a fading trail hallooing with surprised laughter
tickled out of our backs by sudden pellets of rain.

The river! The river! Chanted my little lass
skipping to the tempo of scampering rain:

O, how we could have raucously scared the wren
with catcalls while mounting a wading caribou,
but those were noises of our lost years when
naked lads swam with dung and water buffalo.

We can’t swim here, hija mia, City Hall says clean
rivers are for clean table fish. We do have our rain.

THE WORLD HIS OYSTER 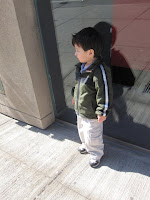 He would not take a proffered hand to cross the street:
"I'm not a baby anymore. I will wait, abuelo."

But he will not wait.

No, he cannot wait for the world to pass him by:
no cars nor wars, landslides or fires, floods of blood,
or trembling babies wetting sheet will stop him.
Across the street is a pizza parlour.

He will not wait. 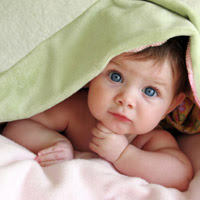 
Close your eyes and fairy lights will lead you
Away from the dark and gloom that scare you:

Where the river bends, do you gather rotting fish,
Glean carrion left from a summer’s fishing mesh?

Close your eyes and let the wind rip through
Tears and cracks and cranny and broken doors, too.

Grip the tightened string on your wayward kite,
No wind could wreck nor snap it loose from flight.

You will ride the wind, my boy, and touch the sun,
Though frightful prayers plead that you must run

It is too late to scream. Close your eyes; shut them tight.
Life is not a waking dream. You have just begun to fight.


A glimmer of a sylph on the gossamer bay,
She pirouettes and is gone into her chrysalis
Not unlike the sylvan truants that waylay
The wary wanderer among the trees,

Even now, as you wave from your window,
I know you will be brave.

Your poems Sir --- make me sob ... they're so beautiful. A blessed day. Thanks for sharing.