POEMS ON AN OMEN 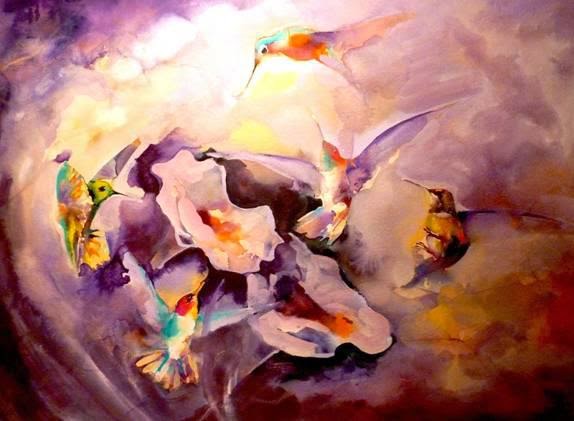 POEMS ON AN OMEN


(For Poet and Social Activist Mila D. Aguilar, While Waiting)


1. THE CANON OF THE WAY AND OF VIRTUE

Beauty is an omen.
--Tao Teh Ching


Of Mao Ch’iang and Li Chi, most attractive women,
flutter of bird wings, dash of deer, fright of fish
and flush of fear, the counsel of Chuang Tzu is said:
“Beauty is an omen.”


So we saunter where crackle of pine cones touches
softly what remains of our feet or is left of our ears;
almost at the end of our walk, we find the ripple
upon the pond meaningless to us now.
O Mao Ch’iang, soon enough even our eyes
will lose the sky. Nothing, nothing stirs.

Nothing is the way for everything -–
the loft upon the Hunan hill, the dark city down there,
the quietness visited upon us, Li Chi, all land
that spawns the life of dying and death –
everything walks the pilgrim journey to nothing.
Nothing is everything here.


2. TRANSFIGURATIONS: IS BEAUTY AN OMEN?


A condition of complete simplicity/ (Costing not less than everything)---Little Gidding, The Four Quartets, T.S.Eliot


Cocooned in a condition of utter simplicity,
the silkworm will not stop oozing out its tapestry
onto the point of death which is also its beauty.

How much beauty can be eked out of pain?
Like the hurt bivalved flesh of the grimy oyster,
would the papillon wings glisten like a pearl?

But this one is spun out of patience: there
must be radiance out of a cocoon’s dark
confines. It can only break into mobile light.

Colour the mariposa green, would that matter?
Dye the silk out of its consumed gossamer nets,
would that stop its flying out of a crude beginning?

Arrested from its final transfiguration, the worm
turns and it is on a table–the grub of culinary
quintessence! Quite like an earlier challenge:

“Eat of my flesh, drink of my blood. This covenant
shall not be broken. I will be with you again when
the radiance of this goblet dims into a eucharist.”

A condition of simplicity? Bear beauty and perish?
Offer an unending dream in a kingdom, and be slain?
The tale of the supreme sacrifice is also immolation.

What does it matter that I die then, if I flew out
of a trellis like the monarch butterfly, that started
as a wormed-out silkworm then food for the hungry?

I would be the worm, the injured mother pearl,
the crucified madman who asked that his flesh
be eaten, his blood quaffed, and live forever.

Beauty is an omen. Destroy this vessel of clay,
and it can only spill the reddest of wine, the
stoutest of ale: a dangerous promise of eternal life.


( "Transfiguration", a painting by Janet Weight Reed of London, England

Posted by ALBERT B. CASUGA at 6:36 PM No comments:


Mudfish between fingers, rice stalks...
whipped by whistling monsoon wind
on our thin backs, rain-pelted faces:
you cannot look back at them in anger.


But you do. You have lost them forever.
You can never be there again. Forever.
You will go back to the old schoolyard,
but you will not find the desk you carved

scars of the rawest longing for the girl
who had the longest hair, wiliest smile,
cleverest excuses for going home late,
“O, we cleaned the blackboards and all.”

Are the moss-gowned shore boulders
still there? The rocks in whose crevices
you buried secret vows to always be there
for each other in this place, this town?

That tamarind tree in whose branches
your kite got caught, rended bamboo
ribs cracked you wept over until she
stilled your quivering shoulders in her

arms, is it still there between the hills
you named after her, body parts you
were too scared to call were like hers?
Does the tree still bear its tangy fruit?

There will be more questions. Will you
find the answers you need to go home?
You will even ask the trees, if you must,
but even they will no longer talk to you.

HURRICANE POEMS FOR A LARK 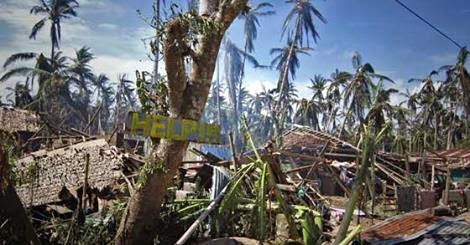 HURRICANE POEMS FOR A LARK

Always the uninvited guest, the wind
pushes through the porch into the house,
and scatters leaves collected in its wake,
like a shower of crackling seeds freed
from pods that do not come from here.

Strange, how it barrels through rooms
disturbing spiders spinning webs busily
before the storm ebbs, safety nets strung
among sepia-tinted pictures on the wall.

What did it miss along the way? Winds
as interlopers are blind levelers–the rich
run for supplies as quickly as the poor do.


In New York, as in Manila, the howler
brought in the flood, and left laughing.

Her fury might as well have risen from the sea
Wreck every hearth and heart on her wake:
It should not matter, these are worms wriggling
To overstay in rotten mounds of a leftover paradise
Abandoned by leeches of fuel, stones, fire powder,
Who ripped the sides of mountains for nickel
And gold to build the ships that burned villages
From the sky and left like the wind laughing
After the slaughter of the hallooing innocents
Yelping hosannas to a rain of napalm, welcoming
Death and dying as deliriously as they did some
Distant rain brought by growls of sudden thunder.

A Deluge comes. Only this time, we have no Arks
Nor Ararats to salvage all who hope to find
Another Blue Planet in an extended Universe.
No one has applied to be a Noah. They are all,
All retired and tired of saving a ruthless specie,
The homo viator whose journey brings nothing
But a discovery that he has lost the Love he had
For all the meek who shall inherit the Earth. 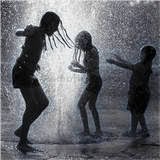 Posted by ALBERT B. CASUGA at 7:22 PM No comments:

AFTER "AFTER": A LONGING 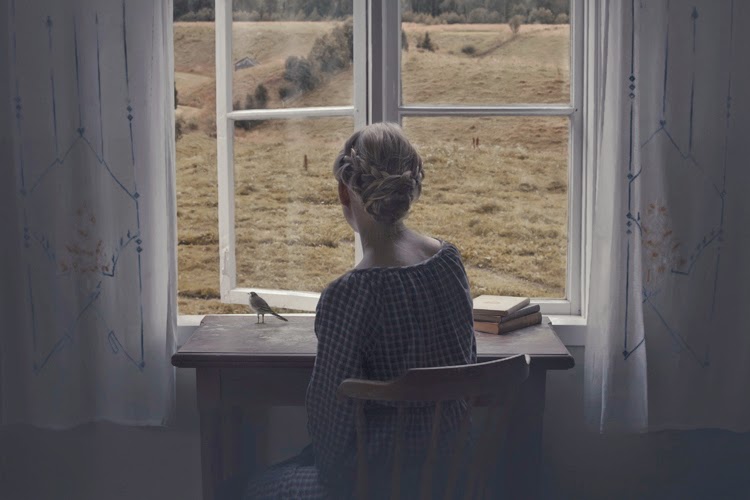 AFTER “AFTER”: A LONGING

(For all the Old Lovers Caught in the Cold Rain)

After after, is there anything or anyone


left to sing the hammock songs? After after,


will you still be there waiting, a warm blanket


in your hands, to throw the flannel on my lap,


lest I drool myself to a sundown slumber


and promptly forget it gets cold in the winter?


when love is gone, after all the countless days,


where shall we find that place called after?

If it is lost, too, will there always be another?


Will this longing for the warmth of a gentle caress,


when nights and beds are cold, find its answer?


Will it be a knowing touch on my back after after?

2. Her Frolic in the Rain

Tomorrow, I will walk through an abandoned garden in the rain:


I will tilt my face to some grey sky like an agape earthen jar,


Catch myself some nourishing rain. Must I, on my gnarled knees,


Beg for these hurts to set me free? My hummingbirds will fly off


leaving me this mansion of joy, but oh, a finite hint of eternity.

Sometime soon, I must frolic in this uncertain weather, dash


through this shower of grace, sate my parched throat in the rain,


drink myself deliriously happy. But after after, will you be there? 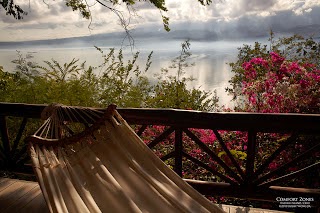 SINGING HER THE LULLABIES OF GREY AFTERNOONS 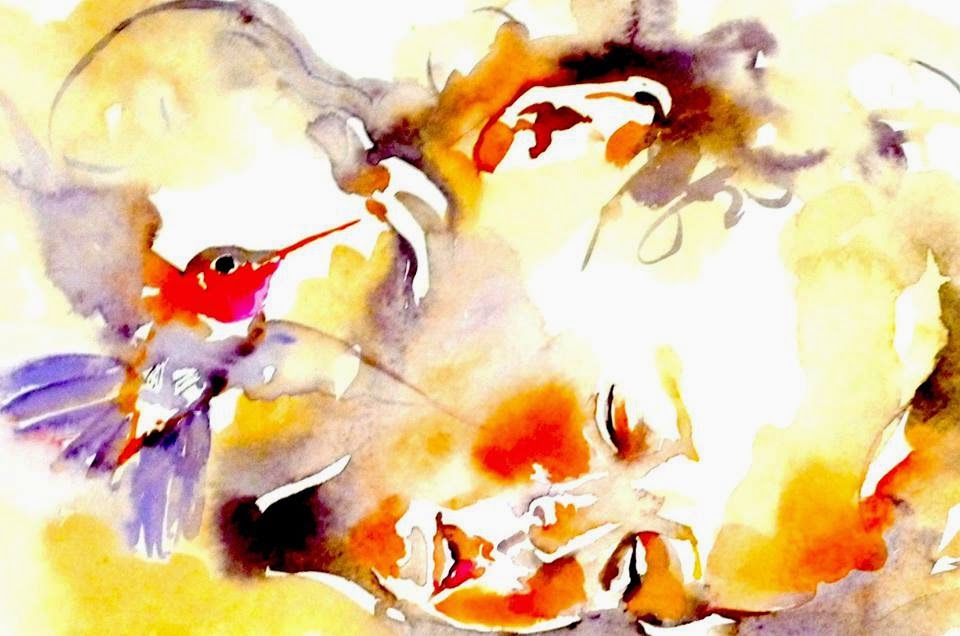 MY POEMS TODAY were prompted by the music of Andre Rieu while he played "Edelweiss". "Memories", "Somewhere My Love", "My Way", and "Time to Say Goodbye" which are tunes I used to lull my wee lass with. Marie Clementine even remembers the Filipino love song sung to her often by my wife, her "yoya":---"Ikaw lamang ang aking iibigin" ... and she would continue..." 'kaw laman... mamahalin". Will she remember the tunes when she grows older? I'll bet my bottom dollar, she would. ...I would; in spite of dotage, or even dementia. Huh.

SINGING HER THE LULLABIES ON GREY AFTERNOONS

The lullaby has a long poetic tradition. In these poems, I try to capture the rhythm of those songs that are invariably sung to put people (babies) to sleep. (How bad can they get? Or how gentle?)

Close your eyes and fairy lights will lead you
Away from the dark and gloom that scare you:
In your dreams, do you run through brackish snow?
Climb leafless trees or swing from a broken bough?
Where the river bends, do you gather rotting fish,
Glean carrion left from a summer’s fishing mess?
Has the snowman’s head fallen off its melting body?
Its stick hands twisted like pretzels. Arrows really.
The carrot nose has become its stabbing tooth,
Where both eyes were, now Cyclops orb is left
On a conehead of dripping snow; a crushed face
Stares blankly at a mid-day sun whose lapping rays
Forebode another season for yet another reason
To accept that what lives is also ripe for destruction.

Close your eyes and let the wind rip through
Tears and cracks and cranny and broken doors, too.
Grip the tightened string on your wayward kite,
No wind could wreck nor snap it loose from flight.
You will ride the wind, my boy, and touch the sun,
Though frightful prayers plead that you must run
From the dreams that have become nightmares,
From the fallen kites; run from the fearsome snares.
Life is a trap, much like the burlap waiting downstream,
When you get there, you are enmeshed -- do not scream.
It is too late to scream. Close your eyes, shut them tight.
Life is not a waking dream. You have just begun to fight.


Painting of a sleeping baby by Janet Weight Reed of London, England

Posted by ALBERT B. CASUGA at 8:27 PM No comments: