PHILIPPINE NATIONAL ARTIST FOR LITERATURE EDITH L. TIEMPO, WOULD HAVE BEEN 97 TODAY 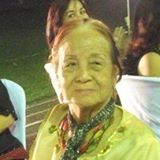 
Edith L. Tiempo, poet, fictionist, teacher and literary critic, was born on April 22, 1919 in Bayombong, Nueva Vizcaya, Philippines. The daughter of an auditor who had been assigned in various places in the country, she spent her childhood and pre-teen years in Laguna, Pasig, Zamboanga, Surigao, and Samar.

Back in Nueva Vizcaya, she began corresponding with Edilberto K. Tiempo, then already a published writer, who had written a story with a protagonist named after Edith's older sister Arlynne. She wrote Ed Tiempo to ask for an explanation, and the exchange of letters began. Ed Tiempo would become the greatest, most enduring influence on her life and her writing. They both studied in U.P.--he took up his M.A. and she began her law studies. But after only one semester, they got married, went to Dumaguete, Negros Oriental, and settled there.

They stayed in the U.S. a few more years to study and teach--from Iowa to Michigan, then Denver--then returned to Dumaguete. In 1962, they founded the Silliman Writers Workshop, the first of its kind in Asia, where many of the Philippines' best writers have honed their craft. They spent every single summer since then managing the workshop, even sharing their wedding anniversary celebrations (May 20) with the writing fellows.

University funding for the workshop stopped in 1992, and for the next thirteen years, the workshop continued through the efforts of workshop alumni, who formed the Creative Writing Foundation, Inc. and the Dumaguete Literary Arts Service Group, Inc.; with generous support from CAP College, the National Commission for Culture and the Arts (NCCA), and various groups and individuals.

Edith L. Tiempo's influence as teacher of literature and writing is beyond measure. She is one of the finest Filipino writers in English. In the words of poet Gemino H. Abad, Edith has established a tradition in writing with “two distinguishing marks: a fine critical sense for language and poetic form, and a ceaseless quest for that synergy of idea and emotion by which the Filipino sensibility is most fully expressed.” Her poems are models of organic unity, each word inevitable, each line earning its keep. Her fictional characters are complex and memorable, a confluence of conflicting impulses and principles. When writing fiction, she always starts with character, even in The Builder, which she calls her most plot-driven novel.

She was conferred the National Artist Award for Literature in 1999.

*(Reprinted from the Edith Tiempo Blog)

Posted by ALBERT B. CASUGA at 8:04 PM No comments:

back cover blurb for language of ashes

"Language of Ashes", Joel Pablo Salud's first collection of his poems, is worth spending precious life time on. I know I have scarcely any left---physical, spiritual, even literary--- but I find reading his poems a delightful jolt (he would call it "orgasm", not afraid to use all forms of linguistic figures to capture his poetic "meanderings" --- no, not "rants") for their breadth of content and sagacity (audacity?) of style and unobtrusive technique. He describes this book as a collection of love --- and he has them aplenty, the poem for his wife Che being stellar; viz., "Your love/ So strangely swirling without shore/ Binds me to you---a feather or a wing/ Heart beat among breasts of honey." In "Song for Eve", (feminine mystique, really), he sings "...words mean little when set against/ the cuddles of suns in your eyes... how can all this be a thing too odd/ when men love more richly because of you?" It is lyrical and romantic lines like these that made me squirm with envy. Oh, that I could have shed all restraint and burst into unbridled warbling in my poetic diction! Yet, he writes: "I cannot for the sake of brevity/ Impose my will on a word..." for he declares in his ars poetica --- in "I Write" --- "I write to sculpt/ creatures, dye their/ eyes with metaphors/ primrosed by time." Indeed, his metaphors could easily be "over-the-top" were it not for their coalescing into a clear gestalt of imagery when he writes finis to a poem. This is an unerring mark of a gifted poet. Mr. Salud's collection is a stout collection of poems on persons, (writers Nick Joaquin, Edith Tiempo, F Sionil Jose, Jorge Guillen, Dylan Thomas, Che Sarigumba), politics and culture (in "Oremus", "Mendiola Massacre, 1987"), engaging musings on themes poets are never caught without, Indeed, he admits" "It is the wreckage of a soul/ where poems reign." That would even involve poems of vomits, inebriation of assholes, the naked and erotic, and bravely whimsical use of street language that en fin would sound poetic---beat that. "I am not a spool/ Of blunt words,/ A gathering of moss-eaten/ Homes, fallen trees/ And the roots of manes/ Where ingots coalesce/ Brooding and frozen." I shall not torture this "blurb" with a book review or even a critique --- not yet --- I eagerly look forward to reviewing it, and finally criticising it for its literary merits in order to establish its rank as a poetic achievement in his country and internationally. This book is that good. I have read a number. ---ALBERT B. CASUGA, Canada
Posted by ALBERT B. CASUGA at 7:55 PM No comments:

IN OUR EXILE, A CONDITION OF STILLNESS 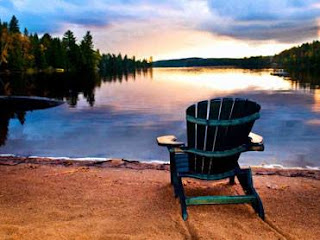 IN OUR EXILE, A CONDITION OF STILLNESS


A condition of stillness pursues you,
wherever you find your exile, at sea
or in any exploration. You will be there.

It is your image on the mirror: an old
longing for the simplicity long lost
in the shuffle of life, loves, and losses.


Every wave that beats on the ballast
asks: Are you happy at last? Will this
outlast the lingering left-over dread?

Out there where waves break at the edge
of the firmament of quiet stars on stars
you can see through moving darkness.

Where have all the pains remained?
On what shores did you neglect to load
them, overstaying albatross of gloom?

Your heart leaps with the bobbing bow
and stern, and you whisper a prayer
drowned quickly by the sea. You laugh.

They cannot haunt you anymore than
dead memories can bear you down.
You have built a mansion of dreams.

You have been here before, haven’t you?
Exploring the depths of what happiness
you could grab, you will hold them.

You will never let them slip away; you
have earned them. In this brief exile
on the sea, would you hold on to this

sudden grace of simple stillness?
Will this still simplicity pursue you
wherever you roam? Come home then. 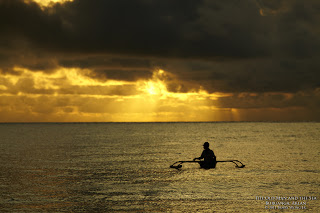 Posted by ALBERT B. CASUGA at 6:45 PM No comments:

A HAIKU: ON JOANNA'S PIER 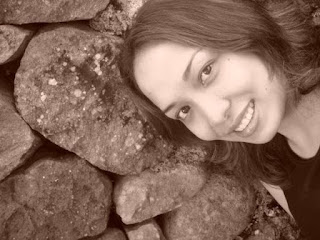 (For Joanna Allas-Fojas's Pier Photo)
...
They will not break though
waves may lave and years may find
them when rot sets in. 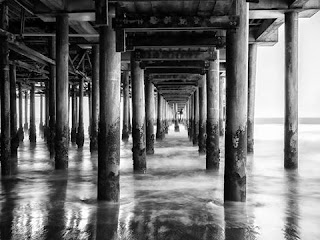