Posted by ALBERT B. CASUGA at 5:39 PM No comments: 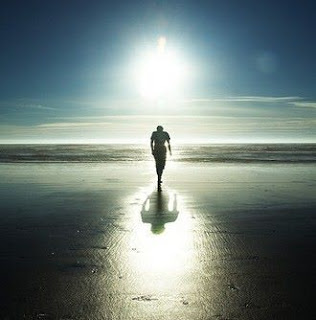 Posted by ALBERT B. CASUGA at 5:33 PM No comments:

BEING PROUD OF HER 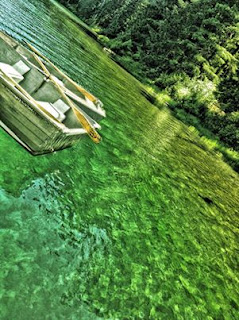 Posted by ALBERT B. CASUGA at 5:28 PM No comments:

Posted by ALBERT B. CASUGA at 5:22 PM No comments:

Dear Albert Casuga :  American companies spend billions of dollars annually on leadership development and training with very little to show for it. Clearly, something's missing.What's missing, says Gaurav Bhalla, a thinker-doer, is the cultivation of our leaders' most valuable assets: their humanity and the wisdom of their souls.Please allow me to send you a complimentary copy of Bhalla's thought-provoking new book, Awakening A Leader's Soul: Learnings Through Immortal Poems, in consideration of a review, interview or feature.Simply contact me to schedule an interview with the author, or let me know if I may send a review copy of the book. If you would like to run this story I'd be happy to send you JPEGs of Bhalla and the book cover. Thank you.To view his video series, please visit http://tinyurl.com/9j44kxd. Kate Marlowe
Ascot Media Group, Inc.
Post Office Box 2394
Friendswood, TX 77549
281.333.3507 Phone
832.569.5539 Fax
news@ascotmedianews.com
www.ascotmedia.com

(This press release may be reprinted in part or entirety by any print or broadcast media outlet, or used by any means of social media sharing.)FOR IMMEDIATE RELEASEBook Uses Immortal Poems To Help Leaders Embark On A Journey Of Reflection And Self-AwarenessWashington, D.C., August 8, 2017 ― Leadership roles rarely come with playbooks, even less so in today's complex and uncertain world. When confronted with 21st-century challenges, quandaries, dilemmas and paradoxes — which often require choices between right vs. right or wrong vs. more wrong — where do leaders turn for guidance?Not to the brilliance of their executive minds or to best-practice recipes taught by traditional leadership training courses, but to the rootedness of their humanity — who they are, what they stand for, what they are willing to fight for and what they are willing to walk away from.What matters most is not what's in leaders' heads, but what lies within their souls that guides what's in their heads, says Gaurav Bhalla, author, educator and CEO of Knowledge Kinetics.Bhalla's new book, Awakening A Leader's Soul: Learnings Through Immortal Poems, is about "Soulful Leadership,” a new human-centric narrative that reimagines the purpose of leadership. It takes current and future leaders on a transformative journey of reflection and self-awareness to help them better understand their own humanity and that of the worlds in which they live through a new set of teachers — immortal poems.Using the timeless wisdom of Shakespeare, Whitman, Dickinson and many others, the book showcases critical leadership lessons, such as the perils of an over-inflated ego; the importance of authenticity, trust and integrity; the significance of perseverance; and the value of doubting – of not being too sure – all vital for imagining and engineering meaningful leadership journeys in the 21st century.Through poems and essays, the book creates an inner awakening concerning an important issue – all leadership decisions ultimately require sacrificing something or someone, including planetary resources. Managing these sacrifices in a way that increases the wellbeing and prosperity of the greatest many is visionary. It's also the hallmark of Soulful Leadership, which today's world greatly needs.Author Gaurav Bhalla holds a Ph.D. in marketing and strategy from the University of Kansas and is a globally acclaimed educator, speaker and consultant. CEO of Knowledge Kinetics, he and his company are committed to helping organizations develop visionary leaders and practice customer-first thinking.He is also the author of Collaboration and Co-Creation: New Platforms for Marketing and Innovation (2010), the much-acclaimed Harvard Business Review article, "Rethinking Marketing,” and a historical-fiction novel, The Curse and the Cup (2014).Bhalla asserts that "The head may be smart, but the soul is smarter…and… wise,” and works every day to advance his core philosophy that a person's humanity is a more enduring asset than his or her executive brilliance.For more information, please visit www.soulfulleadership.world/.Awakening A Leader's Soul: Learnings Through Immortal Poems
Release date: September 7, 2017
Motivational Press
ISBN-10: 162865421X
ISBN-13: 978-1628654219
Available for pre-order on www.Amazon.com and other online book sellers.###TIP SHEET:Q & As available on request.Avraham Azrieli, TheColumbiaReview.com: "Highly recommended! … Awakening A Leader's Soul: Learnings Through Immortal Poems by Gaurav Bhalla, Ph.D., is a unique business leadership book that bypasses the usual offerings of practical business advice and decision-making skills in favor of centering on the leader's humanity and, by extension, taking readers on a fascinating journey of self-discovery and deeper awareness. … For anyone reading today's news headlines, the author's audacious leap of unconventional spirit in this book could not be more timely. … The book is further enriched with poignant, classic poems, embellished with introspective quotations from paradigm-shifting thinkers, and interspersed with artistic illustrations. It makes for a wonderful read, provokes deep introspection and occasionally rises to soaring heights of insight, discernment and prose. … This is an excellent, life-changing book for anyone seeking the true essence of great leadership.”

Ascot Media Group is compliant with the can-spam act. Contact Information: Ascot Media Group, Inc. Post Office Box 2394, Friendswood, TX 77549. Main: 281.333.3507. Fax: 832.569.5539. If you would prefer not to receive press releases and other information from Ascot Media Group, Incorporated, please respond with the word "remove” in the subject line. Please note the removal process can take up to 48 hours before it is fully in effect. Thank you.

Posted by ALBERT B. CASUGA at 5:33 PM No comments: