PART 1: A THEORY OF EVALUATION IN THE APPRECIATION OF LITERATURE. 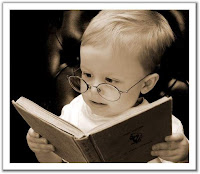 PART 1: A THEORY OF EVALUATION IN THE APPRECIATION OF LITERATURE. HOW VALUABLE IS THE PIECE OF LITERATURE TO THE READER?

What has constantly been at the end of art appreciation, in all stages of education it seems, is its highest level --- evaluation. Whatever method or approach is used in art appreciation, however valid or invalid, the effort always ends with the appreciator making an estimate of how valuable his experience in appreciation is.

While some do not arrive at a meaningful evaluation because they have no inkling about how it is done or on what it is based, quite a number arrive at one without necessarily knowing whether or not their judgment is valid or not. Still some believe they have made a judgment but are unable to explain to themselves why such a conclusion was rendered; somehow, this ignorance leaves them with a meaningless experience which obviously they have no need of. Most of them, therefore, take the path of least resistance and condemn the whole business as irrelevant to the more important business of staying alive.

And yet, evaluation is and has always been the most significant and most essential activity of the student in higher education. When he asks himself: “Of what use is this to me?”, he is actually exercising a patently human prerogative of choosing the experience that he stands in good need of. Come to think of it, the question is in fact life’s staple problem.

Small wonder then that the most abused question in a literary appreciation class is the harried teacher’s blanket study help” “What is the moral lesson of the poem/short story/novel/drama/essay, class?”

The teacher usually rounds up the day’s discussion by asking his students to probe deep into their “souls” and think of the lesson in terms of their lives. For this evaluation --- the rendering of a judgment on the worth or the value of an experience of a reality which has just been recognized, analyzed, and criticized. Valuation must be based on the students’ system of values --- something they should have as a by-product of their being alive and their being, by nature, discriminating, and rational beings.

Yet, in countless cases, what normally starts as a promising and rewarding activity ends up as a disappointing exercise in futility because teachers and students alike may have left tentative judgments to languish in the limbo of indeterminacy --- truncated experiences that more often than not degenerate into rank idiocy.

Is there anything lost, however, as a result of this abortion? The whole lot.

The appreciator who fails to evaluate his experience may have merely gone through a most vexing mechanical process of analyzing a meaning he cannot feel happy or mad about, and of criticizing an artistic dexterity whose product he cannot locate in the hierarchy of human values. So there is a meaningful experience. So there is beauty, nay sagacity, of style and technique. Of what use would awareness of these be if he would not know and feel the value of the experience after all.

In his “A Critic’s Job of a Work”, R. P. Blackmur asserts that doctrinal approaches to appreciation (which analysis and technical criticism are) should be taken only for what they are: “as guides and props, as aids to navigation.”

“What does matter is the experience, the life represented and the value discovered, and both dramatized or enacted under the banner of doctrine. All banners are wrongheaded, but they make rallying points, free the impulse to cry out, and give meaning to the cry itself simply by making it seem appropriate.” (1)

As Blackmur points out, the doctrinal approach of such scientific methods must free the impulse to “cry out”. It is analysis which defines the meaning (the impulse) that must be evaluated. Criticism investigates whether or not this meaning is factual; i.e., it is observable and verifiable in the text confronting the appreciator. Evaluation based on an illusion (or delusions as they invariably become in the hands of the imprudent) or a mnemonic irrelevancy is at best wishful thinking --- it would not serve the humanistic purpose assigned to art which is to present modes of “knowing” so that the appreciator’s awareness of things may be extended beyond the limitations of his realities.

Ultimately, of course, the significance of anything being appreciated must depend on the values it reflects, and on how keenly the appreciator realizes them.

Evaluation, therefore, is most cogent when anchored on the facts of the work of art. This, unfortunately, is what many teachers and students forget in their rush to assign all types of significance on the piece of art depending on what mode or bias they see the art’s value through.

The moral, psychological, sociological, philosophical, archetypal values are insisted upon in spite of the facts; in spite of the sheer impossibility of finding all the values argued for in the literature’s structural reality.

“Any rational approach is valid to literature and may be properly called critical which fastens at any point upon the work itself. The utility of a given approach depends partly upon the strength of the mind making it and partly upon the recognition of the limits appropriate to it. Limits may be of scope, degree, or relevance, and may be either plainly laid out by the critic himself, or may be determined by his readers. . . No critic is required to limit himself to a single approach, nor is he likely to be able to do so; facts cannot be exhibited without comment, and comment involves the generality of the mind. . . What produces the evil of stultification and the malice of controversy is the confused approach, when the limits are not seen because they tend to cancel each other out, and the driving power becomes emotional.” (2)

What are the rational approaches to evaluation?

Assuming that all such approaches recognize the independent reality in literature “as an object of contemplation and of feeling, like the reality of a picture or a cathedral, not a route of speculation,” these may be classified into: the universal, the formal, and the personal approaches.

Next: Part 2: Universal Approaches to Evaluation of Literature
Posted by ALBERT B. CASUGA at 5:46 PM