TO KILL THE MOCKING BOOK AND ETHNIC ENTITLEMENTS: TWO ISSUES WITH THE CATHOLIC SCHOOL BOARD 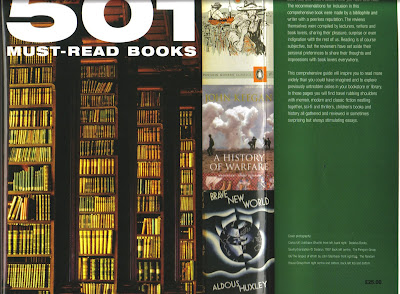 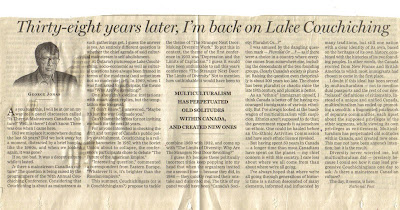 If there are two issues I would like to address with great urgency, such that I would do a Cromwell or a Trudeau and storm the Parliaments or any forum that could lend sanity to these abominations, they are: 1) The Catholic School Board’s plan to make an approved list of books (literature) that may be used to advance the curriculum on reading, writing, or social studies; 2) The same Board settling human rights issues based upon complaints of ethnic discrimination or outright racism as perceived by diverse groups in the community with the least amount of noise.
The first is a proposed resolution of a complaint brought by one of the parents of a student who claimed that Harper Lee’s “To Kill a Mockingbird” is not appropriate for classroom use because of the use of racial epithets considered denigrating to the black members of the community. The school’s principal performed a knee-jerk reaction and removed Lee’s classic civil rights novel from the list of books appropriate for the development of the curriculum on language, literature, and character education.

A great hue and cry about this action smacking of a return to “book burning” and the Dark Ages forced the board of trustees to task a committee of teachers and other stake holders (parents, students, and church representatives) with the production of a list of all books acceptable to the school and community for the advancement of the curricula.

The first consideration in making this decision would be the qualifications of the “screeners” who would decide on this list. How qualified are they? Would this group not constitute a “censor librorum”, a censorship group, whose bias could unnecessarily delimit the vision students would be exposed to in the course of their development as knowledge users and educable and educated citizens who will uphold the values of a democratic way of life?

Should not the professional teacher as a specialist be encouraged to mediate between the perceptions of diverse cultural groups and the goals of education as enshrined in this country’s Constitution? Committee lists and curricular requirements based on ethnic interests have the potential of creating discriminatory, unjust, unfair, and myopic world views that will only serve to sever one already disparate culture from the other in a pluralistic and diverse society like Canada.

Of course, while this creation of a list is a more “positive” approach compared to simply banning a book, it might just mutate into an unwitting monkey wrench on the freedom of speech and expression. Like a Frankenstein monster, it could come back to sully what is the most sacrosanct human right – the right to think, speak, and acquire all knowledge man needs to develop his human potential.

Book banning has never really worked in the collective guardianship of value system formation and inculcation. The Catholic University where I graduated from had to scrap its Index of Prohibited Books that catholic students should never be seen reading. It became instead the list of books popular to the students who read them all outside of school.

Lady Chatterley’s Lover prohibited? That’s what the bookworms all looked for in the bookstores. Don’t even mention works by Henry Miller, Anais Nin, and the writers of erotica.

There was a time Philippine National Hero Dr. Jose Rizal’s novels Noli Me Tangere and El Filibusterismo were disallowed in the Catholic University which I attended (University of Santo tomas in Manila). That banning did its job: we read them cover to cover. In fact, I did not bother reading the English translations in class (when they were finally legislated to be “readable” in all institutions of learning in the country), since I have had the privilege and luck of having read them earlier in my youth in the library of my erudite grandfather who, as a Mason, had Rizal’s books at par with the Holy Bible.

I had the advantage of reading these prohibited books in the language in which they were originally written. The Spanish friars who ran the University up to that time I matriculated in 1959 thereat said that the novels painted a bad picture of the Church and its role in the colonization of the Philippines by Spain.

Rizal, of course, browbeated the friars through his characters not the Church. Certainly, his accounts of Spanish friars fathering children with their maids and keeping mistresses even in the convents or the nunneries made them Rizal’s enemies.

The Vatican once prohibited the reading of Galileo’s notes on cosmology and astronomy to prevent the spread of the concept of geocentricity (the Earth as the center of the universe not the sun). Scientists and learned men of that time read him instead.

It is the inherent aspiration of man to know and to accumulate all information he requires for his comfortable development as a homo sapiens which makes him rebel against all prohibited lists. Those tasked with making the “appropriate” list of books to advance the curriculum have the unenviable job of making sure that the list will truly be representative of all those possible sources of a value system that is consistent with the rational and reasonable nature of man. The list could be viewed as an equivalent stricture on the academic freedom which is an educational institution’s sine qua non.

There remains the danger of foisting the committee’s biases and prejudices in the creation of such a list. In such an event, who will guard against this transgression? In the end, it will have to be the individual who will decide what he will or will not read. The best that schools can do is provide him with the perspective and the equipment to choose those that are salutary to his physical and intellectual development as the reasonably-situated steward of all that is possible on Earth.

This is just one of those that branched out from racial issues those fearful parents protective of their children’s well-being in campuses have raised.

The other issue which I am concerned about because it has all the makings of an unwitting apartheid is the haste in which institutions curry favour with ethnic minorities who perceive discrimination even in innocently uttered descriptions like “black people tend to look younger than their age.” “Asians generally look younger, but when they really grow old, they look truly wrinkled.” Harmless generalizations, but these have been complained about in schools.

The Catholic School Board has had several occasions in which they settled court cases brought by the ethnic minorities who were awarded money to drop these charges. This seems to have encouraged the outright effrontery and temerity of ethnic groups to see something racial in even the most innocuous expressions in a diverse society like Canada’s.

Somehow, dealing with ethnic minorities in tenterhooks has created a backlash of cultural ghettoization which has exacerbated the balkanization of communities. Cultural diversity has become apparently a hindrance to civic mindedness and Canadian citizenship that stands foursquare on being Canadian first before one is a hyphenated Filipino-Canadian, Indo-Canadian, French-Canadian, African-Canadian.

Creating inter-national, inter-cultural borders within a multicultural society has proven more enervating in that it prevents the immigrant to love Canada as a Canadian, not an exile who needs to hyphenate his origins because of an inordinate desire to remain Indian, Filipino, or Chinese even when he has traded his original citizenship with Canadian citizenship.

National Post columnist George Jonas expressed this fear when he wrote: “I’ve always hoped that where we’re all going through generations of historic time is a nation descended of many elements, informed and influenced by many traditions, but still one nation with a clear identity of its own, based on the heritages of its own history, combined with the histories of its two founding peoples. In other words, the Canada evolved from New France and British America to which most immigrants had chosen to come in the first place.

“I doubt if this ideal has been served by multiculturalism --- not to mention dual passports and the rest of new, “relaxed” definitions of citizenship. Instead of a unique and unified Canada, multiculturalism has ended up promoting a xenolith: a fragmented patchwork of separate communities, each upset about the supposed privileges of the other segments, while viewing its own privileges as entitlements. Multiculturalism has perpetuated old solitudes within Canada, and created new ones. This may not have been anyone’s intentions; but it is the result.”

It was Trudeau who suggested that all Canadians would overcome this hyphenated inferiority if we but considered ourselves “citizens of the world,” because we share with the rest of humankind the right to live and partake of the benevolence of this Earth which is not the private fiefdom on any race or country.

This retired school board trustee is itching to address the board on these issues. They are worth spending precious life time on.
Posted by ALBERT B. CASUGA at 7:33 AM