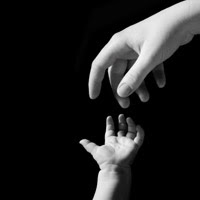 I wake up these days with an Ilocano duay-ya (lullaby) humming in my head. I could recall the title of the lullaby --- Dungdungwen Kanto (I Will Always Cherish You) --- but could merely elide through all the words I could not remember. Quite like Sinatra substituting do-be-do-be-do to elusive lyrics.

I suspect my mother must have sung this to lull me into slumber from the time she carried me in her womb and through all those difficult times when I would disturb the peace of our evacuation camp (WWII) with incessant colic wailing. Born asthmatic, I was neither easy to hush nor rock to sleep. Mother assured me, not even native cane wine would benumb me to la-la land.
Come to think of it, at almost my seventh decade, I crave for sleep --- a commodity I devoutly wish for. I have not found the switch-off button that all insomniacs can only fervently dream of if not earnestly covet from sleepy heads that were gifted with this facility they sadly could never share with needy ones even if they tried.

I must be regressing into senility, I auto-diagnose quite often. Or, putting a cyber spin to it, my brain must be re-booting! (I hope it won’t take forever, just like these infernal Internet thingamajigs!)

I have always known the melody line, always hummed it from youth, too. I would put my own children (now grandchildren, too) to sleep with the lullaby. There is a haunting melancholic tone to the lullaby.

Not able to rely on my flickering memory, I Googled the ditty, and even got the You Tube version of this venerable Ilocano lullaby. I have not been attentive to the nuances of the lyrics, but as soon as I got all of them from the archives of an Ilocano Song website, I was disturbed to realize that it is a sadder song than I have always thought.

Why would his Duay-ya (Lullaby of Love) also include a lachrymose refrain that speaks of crippling heartache and a supplicant’s prayer for nurture and caress?

Could this be the reason why the grandchildren I have sung to sleep preferred Edelweiss and Rock-a-bye Baby to this native lullaby that rings in my old head every morning now?

Dungdunguen kanto unay unay, (I will love and cherish you always)
Indayonen kanto iti sinamay, (I will cradle you to sleep in a soft-cloth swing)
Tultuloden kanto nalumanay, (I will swing you ever so gently)
Pagamuanen inkanto mailibay. (And soon enough you will be asleep)
(*Refrain)

The three stanzas followed by the refrain are sung by the persona who lulls the loved one to a peaceful slumber. But what intrigues me is the doleful refrain. Is this a lullaby that coaxes one to go --- to leave, to bid goodbye?

If it is, then the irony is quite palpably blistering. So much love is protested in the three lullaby stanzas, only to end in each refrain with a foreboding of demise.

It is ambiguity like this which characterizes significant poetry. It is quite endemic then to the oral poetry that preceded the postmodern prosodic attempts at poetic utterance.

During those war years (1941 to 1945) when the Japanese occupied the Philippines, mother lost her first son, Francisco, who did not survive the rigours of birth in a time and clime of direness and uncertainty. She did not have the chance to sing this lullaby to my stillborn brother. In quite a serendipitous manner, this lullaby would have been the muted dung-aw (dirge).

When, in the midst of that war, I was born with a weakened heart (it was too big, from too long and strenuous a labour by my mother in a half-deserted hospital in the Mountain city of Baguio, then the resort city of the retreating American colonial government), and an uncertain viability compounded by asthma, this would have been the “appropriate” lullaby for a vigil to mark the undetermined days that I would live.

But I lived through that evacuation to the mountains of Baguling, in La Union, in the Northern Philippines, when the Japanese were involved in mop up operations before surrendering to the liberating allied forces (Americans and Filipino guerrillas). The Igorot tribes of Baguling sheltered us. My mother had no milk in her breasts, so our native brothers boiled camote (sweet potato) and used the broth to suckle me.

If our evacuation host, Juan Tuangan, sang this lullaby to his own children, it would also have been a recognition of their perilous lives while under siege from the Nippon marauders or even the allied forces for sheltering a family that had the Japanese surname “Casuga” (originally Kasuga).

The refrain of the lullaby must be the ache in my mother’s heart. Prescient, she would know what pain awaited her surviving son. Yet, at last count, I know there are more happy moments now.

In Canada, years later in the 1980’s, my first grandson, Julian Ashley Casuga-de la Rosa, succumbed to Sudden Infant Death Syndrome (at 4 months). This would have been the lullaby on my lips while I held him limp and lifeless in the emergency ward where my daughter, JA’s hapless mother, simply murmured over and over: I love you, Jayjay.

Why all these remembrances? It is my Zeit Schinden, (a play for time) while prepping to write a lullaby for Louis Martin Casuga-Lalonde, 2, because he has gotten tired of Edelweiss.

When I switch to Rock-a-bye Baby, it suddenly dawns upon me, that the same foreboding of Dungdungwen Kanto highlights the lullaby:

Why have our lullabies taken a grim turn? Or are we preparing our wee ones for the nasty world out there, and nobody is checking on our gloom?

But I must hie now and write that lyric for my unsleeping grandson.
Posted by ALBERT B. CASUGA at 5:10 PM

that was truly enlightening. it's a literary article that leaves warmth in the heart of the reader as he imagines how a mother confronts the fear of losing the one she cares for the most.

i am an FBI (full blooded ilocano)but most of the time a GI (genuine ilocano). i came across your article while scribbling my dissertation paper about the ilocano lullabies as an intangible cultural heritage of the ilocanos. i really like your article because somehow it affirms my hypothesis that ilocano lullabies is part of an oral tradition which expresses a deeper meaning, a lullaby that is not only intended to put a baby to sleep. but it is a space where mothers express their emotions, fears, joys and hopes. lullabies give us an indirect picture of the life of the community where our ancestors strove to live.

i hope to get in touch with you as i go on with my dissertation, you will be of great help to me and to my mission to put into writing the rich culture of ilocano lullabies before the culture bearers are all gone. Thank you!