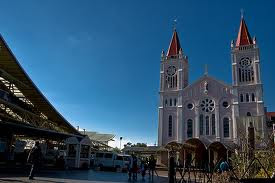 RETURN MAIL (After Letter to Nostalgia)
City I once wore like a shawl/on my shoulders.

You left that shawl on a pine tree branch
where I etched your name so you will return
to see it grow with the tree. But you did not.
It does not matter. You wear that old city
on your shoulders like that green shawl
I still keep in a wooden chest carved in Ifugao.
Its ridges, its sunsets, its clay soil, the rocks
shrouded now by sunflowers jutting through
cracks and crevices lining the zigzag roads,
the halloo of the terrace gleaners bursting
into song at sundown: all sounds echoing
through those mountain rims and alleys
in the city, the Indian bazaars, the roadside
bars, the cathedral overlooking the city like
a muezzin singing from his minaret, its belfry
our lighthouse, a beacon from the lowland
refuge of white beaches and emerald seas,
the redolent smell of pine at the city limit.
I know you keep them now in the eyes
of your children, in their laughter, and sighs
when you draw the city’s face over your heart.
---Albert B. Casuga
05-18-11 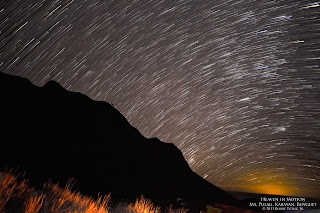 RETURN MAIL (After Letter to Duty)
Is this all that remains/ of desire’s candle that burned, its two seared/ ends meeting in the middle?
Here you are asking if something is left behind
from those days and nights of heat and splendor.
The nest under the springhouse eave, the errands
to bring the birdling feed to gaping hungry beaks---
is this all that remains? What will bring back
the glory in the flower? But it has never left you;
not when you still cup your ears to the murmurs
of ebbtides and  the trill of children running after kites
blown wayward in the hills, or feel the quick flush
on your face when you recall the warmth
of nights we lay on our backs counting the stars
knowing we could not but recounted them
from inconstant starts and lost count anyway.
---Albert B. Casuga
05-18-11 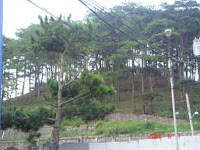