THE TURN OF A SEASON 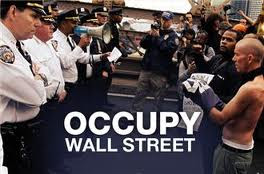 THE TURN OF A SEASON

That dead oak leaning on the towering pinetree
is a postcard image for the season’s turn. Dead
things are cradled still in the limbs of the living.
There is not much of this anymore, anyway, in the woods
or in the occupied streets of New York, where the withering
would rather take down what stays green. Green as money.
This is the way things end: crash crack crawl curse or cry,
no one will open the windows for you. You might just be
the ghetto prowler robbed of his savings, body and soul,
his mortgaged house foreclosed, his drugs in mob market,
his kids in foster homes, his wife back on striptease poles,
his fingers itching to squeeze a trigger, to put some holes
into the temples of “others” who revel at dinner tables
over glazed Thanksgiving ham and turkey, bright homes
heated cozily on winters, instead of his throbbing temple.
The mumbled dread of class wars in the city is not yet here
in the woods where dead oak trunks still lean on limbs
of towering pinetrees whose leaves remain green as money.
On my porch, while I sip my tea, I feel it is too late to pray.
— Albert B. Casuga
10-25-11
Cool air, bright sun and silence, save for the rustling of cattails and the creaking of one dead oak cradled in the limbs of its neighbor.--- Dave Bonta, The Morning Porch, 10-25-11 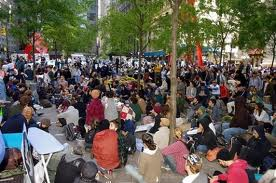