WHEN GOD CALLS: A BOOK OF MEDITATIONS BY POET-PHILOSOPHER ALEJO VILLANUEVA JR.

WHEN GOD CALLS---AN EARLY CHRISTMAS GIFT
My family received an early Christmas gift today from Rev. Francisco Albano. All the way from Ilagan, Isabela, Northern Philippines, where he is Rector of the National Shrine of Our Lady of the Visitation of Guibang, Guibang, Gamu, Isabela. A book wrtitten by my compadre, Poet-Philosopher Alejo Villanueva, Jr.!
I am beside myself with joy to receive this from a friend who was always in our Christmas list since we left the old country some 33 years ago. A book from a dear compadre, godfather of my daughter, April Veronica.
I plan to review the book subsequently to share Alejo's reflections on a "journey to the heart of Jesus." Also appended here is a repost of my April 9, 2009 post on Alex and I, and how deeply he has influenced my manner of looking at the warmer things of the heart and the finer things of the mind and spirit. 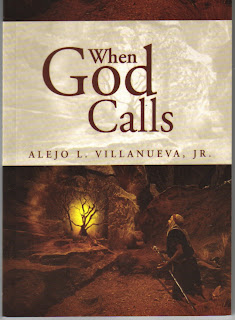 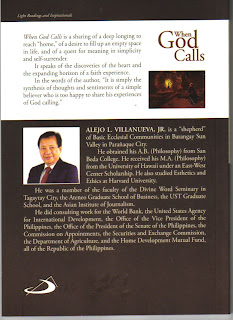 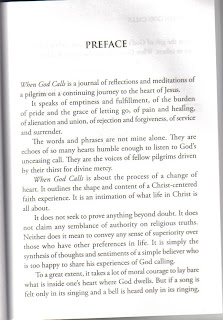 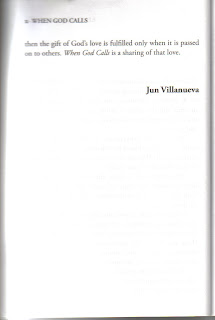 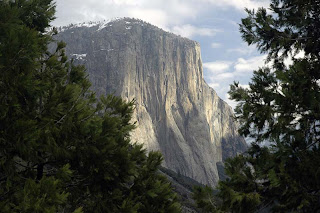 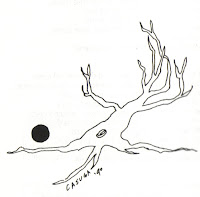 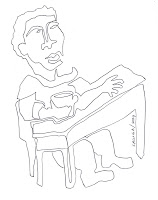 Small Talk at a Coffee
Shop in Montparnasse