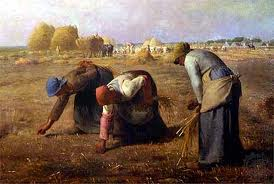 
1.
Debris around the empty schoolhouse
have been cleared, gathered into motley
piles neatly lined on where the road was
before that too crumbled with village
life; only the old women stayed longer
than any of the taut-jawed rescuers now
back in cities where Ishinomaki is just a
dot in the grids pressed upon the brittle
maps. The temblor and the tsunami
are still everything to them: raw feelings,
ceaseless nightmares of weeping men
picking up limp bodies of children dug
out of the rubble, still tightly clutching
their shredded books and broken crayon.


2.
Their gnarled fingers and weary faces
stick out like bookmarks at the last light
of sundown, clipped between pages of rags
flapping in the uncertain weather, while
they move in little circles like crayfish
clambering over what remains of the yard
that once teemed with laughing children;
they would stop to talk over the muffled
rumble of the excavators, and bend quickly
to glean more rubbish or gather briefly
to touch and bless a tear from a blouse or
a piece from a muddied shirt they would
gently put away in their bamboo baskets.


3.
Other times, other seasons, they would
be here picking up ripped twigs dried
on the banks of the river at the foot of the
hill, fuel for the vats of the sweetened
yams they would boil to regale the boys
and girls gathered around them at school
break, laughing as raucously as the wee
urchins, while wiping their caramelled
lips with shawls they would wrap their
heads with when they walk down the hill,
to wait for another daybreak of fuel
picking,  praying for a kinder season. Soon.