SONGS FOR MY CHILDREN 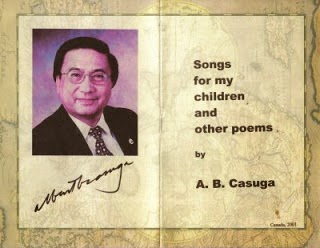 Songs for My Children


Youth Sprouts from Sudden Fear
in the Bright Grip of the City
All the piper has is a bag of music and a pack of metaphors.
-- In a Sparrow’s Time, 1990
1. The Firstborn

These broken smiles, these cracked laughter –
(O dear tender dear gentle dear child)
You have become my little mermaid,
Restless in your lair; and I, the Sire’s shadow staid
On a broken, creaking chair, growing stems,
Rotting grass, shooting blossoms dying on an ear.

Youth sprouts from sudden fear
in the bright grip of the City.

Paper boats neatly crumpled into a shock of memory
form the eddies where we drown a death wish among
debris scattered for effect upon a mound of games
left awry when the rain came.
Glee undone, wry laughter muffling quiet cry,
we pray:

We shall not play boat today, child, the rain is harsh,
The night falling tucks away the gentle wind and dog stars.
We shall cup the melting sky in our hands,
We shall, behind the dogwood, let Him slip us by.


3. A Mischief of Cigars

You were a break of laughter
firmly cut on Father’s chin before your birth.
Your life was a smile in the mischief of cigars.
You have been born before in a shock of memory
when all Mother could remember were nights
Father was the agile dancer dancing dense
the deep dark duty that you were.

“Time died here, love, among the hyacinths.
I had this way of picking it up, feline-like purring,
By the nape – your Mother crying a little –
I buried Time between the dogrose and the lilies."

O, Father. Time overtakes us, and
We cower in our darkened rooms.

It is only death dies in a cavort of children:
the game is old – catching fireflies in the woods.
When fire dies in the hollow of their palms,
the woods fall dark, the games expire;
but the children haunt the woods
because fireflies will be back. Time shapes up
the day’s good game when fire is caught.

Tonight, child, we change the game:
Catch the fire and burn the Woods,
Yield the fireflies for the night’s good game.
When nighttime shrouds the dry woods, hija,
lead me on where the game is good,
where Apu Ang-ngin appoints the Fire seconds
to the Duel with children playing the Children’s Hour.
Children play. Tra-la. Fire and Woods. Tra-la.

It is the curse of sitting tall, my daughter,
Pursues you, like I must in turn pursue;
The pursuit is not unlike some laughter
Welled from frolic and peal of ingénue

Caught in the fervid grasp of her lover,
Spilled on the shimmering mantle of bloom;
Dandelions grow unbridled as cover
For hillocks echoing some such uncertain gloom.

Laughter is as good only as the song
When not arrested in its rhyme;
You are a laughter as good as song,
My Dandelion, in spring or wintertime.

These poems got published separately in magazines I sent them to.

Gloria Garchitorena-Goloy, then editor of the Sunday Times Magazine, (ca. 1970s) thought my poem A Theory of Echoes -- which she published that week Benjamin Afuang (a university classmate and a quondam poet) introduced me to her -- had "distinctive style and technique". Do I have more poems in the closet?

I sent her the first four poems (except for the fifth and sixth , which I wrote much later in Canada; I collected them as Songs... in In a Sparrow's Time, my 1990 collection of poems), and she published them in a special broadsheet in the Sunday supplement. (Poems normally got printed only in the right column of the inside back cover.) Afuang told me later that Ms. Goloy felt she "discovered" me. (Literary coteries are mutual admiration societies -- indeed, they become societies of dead poets in later incarnations.)

My children know which poems were written for them. I hope they keep a copy of these songs, because that's probably all I could leave them: "...a bag of music and a pack of metaphors."

Poets find their offspring cynosures of poetic attention because they are their "intimations of immortality"; e.g., T. S. Eliot's Marina, Cirilo Bautista's Maria, Dylan Thomas in If I Were Tickled By the Rub of Love, and in my The Gibbet (in Narra Poems), written for my son, Beau, and Bautista's Ria.

These are love poems. I wish I could write volumes of them. Through the years, however, I found them difficult to write -- After almost five decades, I realize I have written only one love poem for my wife (Reed Laughter, in Narra Poems and Others, 1968).

If I ever come up with a "bucket list", I would dearly want to write them more love poems. 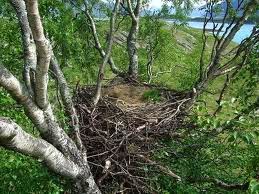