The Transformation of Lady Macbeth 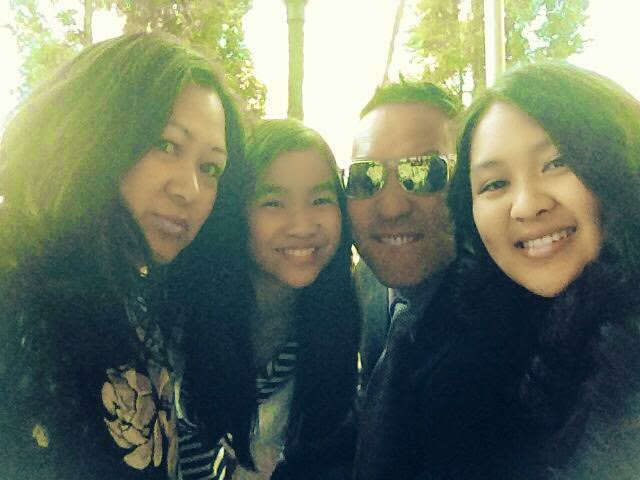 THE KWANS: L-R: April, Sydney, Alvin, and Taylor Kwan
“You can catch more flies with honey than with vinegar.” This popular proverb has a simple, figurative meaning. It is easier to get what you want with politeness and sweetness than with bitterness and force. The dark and powerful tragedy, Macbeth, written by William Shakespeare, shows readers what can happen when an individual succumbs to evil and bitterness. The play portrays many dynamic characters including the manipulative Lady Macbeth who transforms from ruthless, demanding, and confident to regretful, remorseful, and weak. Thus, Lady Macbeth changes dramatically through her sense of guilt, innocence and bravery during the course of the play.


In the beginning of the play, Lady Macbeth had one goal. She was determined to make the prophecy of the witches come true. She would do anything in her power in order to make her husband king; including murder. Instead of feeling any responsibility for her actions, she would place the guilt on other individuals. An example of this would be when she says to Macbeth:


Give me the daggers. The sleeping and the dead


I’ll gild the faces of the grooms withal,


This quote shows how Lady Macbeth wants to make it look as if the guards killed Duncan, the King of Scotland. The dead bodies do not scare her and she is more than willing to carry out her cynical plans. However, by the end of the play, guilt seems to have overcome her and she begins to feel regretful. This can be seen in the following example, “What need we fear who knows it, when/ none can call our power to account? Yet who would/ have thought the old man to have so much blood in/ him” (5.1.33-35). Lady Macbeth is thinking of the evil and murderous deeds that she has done, and she is now suffering with painful regret. She starts to continuously doubt herself and the things that she has done. Therefore, this shows how Lady Macbeth’s sense of guilt changes her throughout the play.


It is recognized throughout the play how Lady Macbeth shows different sides to her innocence. For instance, when she says to her husband, “My hands are of your colour, but I shame/ to wear a heart so white” (2.2.67-68). At the time when this was said, Lady Macbeth had gone back to cover the guards with Duncan’s blood and to leave the daggers on them because her husband refused to go back. The quote shows that she does not approve of how cowardly Macbeth is acting and that she would be ashamed to think so innocently. She believes she is stronger and has more courage than Macbeth as she questions his manhood throughout the play. In contrast, it is evident later in the play she isn’t as strong as she thinks when she experiences a deterioration of her state of mind. One example can be seen when Lady Macbeth says, “The Thane of Fife had a wife. Where is she now” (5.1.38). Lady Macbeth is concerned and distraught over the outcome of her and Macbeth’s cruel actions. As a result, she feels a great deal of remorse and wishes to be free of her wrong doings. On account of these events, one can see how Lady Macbeth’s sense of innocence changes during the course of the play.


While studying Macbeth, readers can see Lady Macbeth’s different levels of confidence and bravery throughout the play. An example of this can be seen when she says to Macbeth, “A little water clears us of this deed./ How easy is it then” (2.2.70-71). This is said after Macbeth had killed Duncan. Lady Macbeth is exasperated with her husband’s weakness and the way he is stricken with remorse for his deed. Her words in this quote are an attempt to show her husband how quickly the traces of the murder can be washed away. She believes that something as simple as water will clean their conscience. However, Macbeth begins to realize the conscience of humans will not let horrible deeds, such as killing, vanish so easily. After a while, Lady Macbeth learns this in spite of her defiant words to her husband. This can be seen in the following example:


Here’s the smell of the blood still; all the perfumes of


Lady Macbeth finally realizes that her devious plotting and killing cannot be so easily washed away. Subconsciously, the weight of her grave sins are bubbling to the surface and driving her to guilt and madness. By the end of the play, Lady Macbeth no longer feels brave and confident but instead she is weak and afraid. Consequently, remorse overcomes her and leads to her demise. Lady Macbeth’s misguided sense of bravery is another illustration of how she changes throughout the play.


Therefore, the above examples show how Lady Macbeth transforms during the course of Shakespeare’s classic tragedy, Macbeth. Lady Macbeth’s sense of guilt, innocence, and lastly her devious courage ultimately overcame her.


In conclusion, we can realize from this discussion that an individual should always think before he acts, and, of course,  remember that one gains more by being sweet rather than being bitter.


Taylor Kwan is in High School, and is my grandchild Number 4, and I am proud of her wrtiting skills. In this essay, I see a meticulous and logical writer worth nurturing. :) <3 em="">
Posted by ALBERT B. CASUGA at 6:34 PM