THE CANON OF THE WAY AND OF VIRTUE: BEAUTY IS AN OMEN 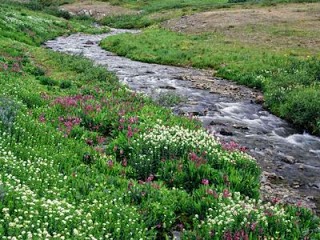 The Canon of the Way and of Virtue


Beauty is an omen.
--Tao Teh Ching

Of Mao Ch’iang and Li Chi, most attractive women,
flutter of bird wings, dash of deer, fright of fish
and flush of fear, the counsel of Chuang Tzu is said:
“Beauty is an omen.”
So we saunter where crackle of pine cones touches
softly what remains of our feet or is left of our ears;
almost at the end of our walk, we find the ripple
upon the pond meaningless to us now.
O Mao Ch’iang, soon enough even our eyes
will lose the sky. Nothing, nothing stirs.
Nothing is the way for everything –
the loft upon the Hunan hill, the dark city down there,
the quietness visited upon us, Li Chi, all land
that spawns the life of dying and death –
everything walks the pilgrim journey to nothing.
Nothing is everything here.


-- Albert B. Casuga, 1971
This was one of the I Ching poems that got me to the Dumaguete Writers Workshop at Silliman University in the 70s. F. Sionil Jose published the poem in his Solidaridad Magazine a week after I wrote it. Edith Tiempo, DWW director, asked me to present the poem at the workshop. I read it to a hushed audience of young writers -- the only noisy ones were poets U.P.'s Wilfredo Pascua Sanchez, Silliman's Cesar Ruiz Aquino, and the late Franklin Osorio. By the time I got to the last stanza, the trio, then nursing their hangovers, fell silent.

A young, goateed man who was wearing the most rumpled clothes I have ever seen, muttered: "Beautiful." I learned later that his name was Conrad De Quiros, a Humanities student from Ateneo de Manila, now a Philippine Daily Inquirer columnist.

More silence. The director looked at me with a full, all-knowing smile only an Edith Tiempo can telegraph. With a lingering sigh, she asked for the next poem. (I treasured that "sigh" throughout the workshop, then wrote the only poem written during the workshop, De Osteo, where one of the lines recall that insignia of a sigh: " ...I know the softness of follicles." (Will publish that next time.)

What? No analysis? No style and technique criticism? No evaluation that would pegged it as a poem that will live through the ages?

At the Lo-oc beach at sundown that day, the late Mig Enriquez, one of the Critic Panelists for the workshop, caressed my back in his ever teasing, taunting, mischievous touch, and said:
"Silence is the only safe behaviour before greatness. Otherwise, it would be a certain gauge for ignorance. Either way, silence is truly golden." Enriquez jumped into the cold sea in his brithday clothes.

Where are they now, voices from the past? Sionil Jose and Edith Tiempo have become National Artists of the Philippines. Palanca awardee and Philippines Free Press enfant terrible Sanchez went on to work for the US Post Office after driving a cab in Chicago or New York and teaching in Laguna much earlier. Aquino still teaches at Silliman, I am told, armed with some poetry collections. Does he still make funny noises with his tongue and teeth? Osorio freaked out at the workshop after a bout with tuba (an orange-colored unfermented cane wine) and said he was King of the Gays, and has since died as a devout Muslim.

I wrote a poem for Tiempo which was published by Lakambini Bitoy when she was literary editor of the Sunday Times Magazine -- Houses are Better Off Without Porches Here, which is (in its recycled version) included in my 2009-released A Theory of Echoes and Other Poems by UST Publishing House. The Village Poet, written with Osorio as cause celebre in mind, is also in the same book. And Rad de Quiros? He has written good books on Philipine culture and politics, but he seems to have become the most capable, un-indicted, shit-disturber among Filipino journalists who has definitely lost the word "beautiful" in his angry vocabulary. Pity.

"Beauty is an omen," would have been a better estimate of the poem's value. But I will settle for Silence. 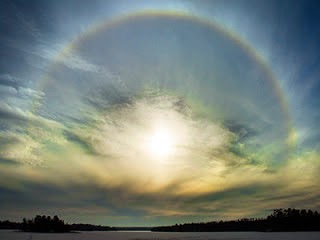