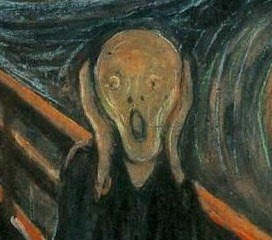 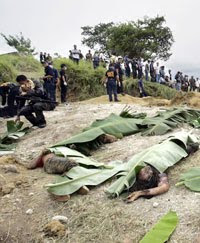 The Maguindanao Massacre: An Anthology of Rage

It’s past April Fool’s. Someone in the old country is asking poets from all over the cyber world to write a “rage poem” condemning the November 2009 carnage in Maguindanao, a Muslim-dominated province in the Southern Philippines. Why poems instead of armed retaliation? A tad late, isn’t it? Jihad in the name of Allah perhaps?
That’s not funny, you know. (There, Megan --- one of my granddaughters growing up jaded in Canada --- I’ve used your favourite expression of “rage”, minus the throaty voice!)
When Philippine writer Joel Pablo Salud campaigned through his Facebook last April for “Rage” poems to protest what at that time looked like a government intervention to absolve two of the Ampatuan relatives alleged to have planned the extremely prejudiced elimination of Esmael Mangundadatu as an opposing candidate challenging incumbent Southern Philippines Maguindanao provincial Governor Ampatuan, patriarch of the accused dynasty alleged to be responsible for what is now tagged “Maguindanao Massacre”, it was past April’s Fool day, and it appeared to this writer to be a quixotic albeit heroic attempt to keep the monstrously heinous massacre in the public eye.

A Backgrounder
(The May 2009 elections, by the way, saw Mangundadatu beat the accused political Godfather Ampatuan, who is now in custody in the Philippine capital city of Manila. His wife, Genalyn, was one of the victims of the political mayhem. Press reports earlier identified her as one of those waylaid on their way to town to register the candidacy of her husband. She was also reported to have been shot in her genitals, some companions were raped, a pregnant woman shot in the belly, and youthful members of her entourage decapitated.

Her candidate husband was not with the mowed down group that included at least 30 media functionaries. She was there to make sure her husband’s candidacy was registered. Journalists marched with her to witness what was admittedly a historic challenge to the long-entrenched Ampatuan warlord.

She was the brave one.

As a proper homage to a peremptory oblation, Governor-elect Esmael should --- against all odds or estimates --- become the best provincial executive he could muster. His wife’s sacrifice is worth no less. But to him, paraphrasing Shakespeare in Julius Caesar, “woe to the hands that shed her costly blood./ Over her wounds do I now prophesy/ which like dumb mouths do opt their ruby lips/ domestic fury shall be so in use/ that mothers shall behold their infants quartered in the hands of war.”


He is, after all, only human. Pagkat siya’y tao lamang! The quintessential expression of rage against this patent impunity is Revenge --- good old Talion Law: An eye for an eye! Come to think of it, Shariah, the Islam Law derived from the Qur’an is even harsher than the lex talionis. It advocates immediate, equalizing, justice. None of this oft-postponed, deferred, prolonged investigation, prosecution, trial, and jury determination. Jihad is Allah’s justice.


How long will Ampatuan’s case ripen in the courts of “law”? How many owners of grave-digging backhoe’s need to be determined in Maguindanao? Will witnesses also be eliminated with “extreme prejudice” as the case lolls along in the majestic chambers of learned barristers and the law’s magistrates?

Peace, brotherhood, and prosperity are selfless alternatives and they should properly honour Genalyn’s sacrifice. Her people in Maguindanao have long suffered the grip of feudal warlords who thrive in monstrous mansions while taxpayers lived in shantytowns built atop garbage dumps.

Giving way to murderous and vengeful rage is a base but human reaction, but Esmael, not unlike a Prometheus-bound or the biblical Job, must rise above it all, weep his heart out, but be god-like now, providing the public-service providence his wife’s murder must be enshrined with.

The people must prevail.

Even now, one of the poem-writers, Angela Gutierrez Dy has “chided” Esmael for “hiding behind his wife’s skirt” when she wrote in her Rage contribution: “before you left, your husband Esmael/ received terrible threats. so he sent/ his family’s women, even pregnant,/ in his stead to the election office, to prevent/ his own death. you went, and yet/ none have called him selfish to presume/ the long-ruling clan would not murder/ so many women and journalists./ when they stopped your convoy, Genalyn,/ did you know what was to come?”
But this, too, is rage.)

Filipinos have short memories, or Filipinos have huge forgiving hearts. Or it could have been an inspired attempt of Mr. Salud to respond to the earliest protest poem denouncing the Maguindanao slayings: Mila D. Aguilar’s “Answering Denise Levertov” (November 24, 2009).

“We are the walking dead/ Straddling the centuries/ Without remorse/ Shouting ourselves hoarse: Producing nothing.” Aguilar describes the massacre with pained resignation that nothing will finally come out of condemning the disembowelling of 57 citizens (including some 31 local media people).

Salud, through his Facebook plea, got over a 100 contributors to his Rage project in a month’s time. More sound and fury?

I responded with a poem spelling out a “silent scream”; I considered Salud’s effort a valiant recapturing of the function of poetry in galvanizing the emotions of revolutions.

Are rage (angry) poems effective equipment for expressing what would otherwise be a call to arms or street combats?

“Makibaka, huwag matakot!” (Fight! Struggle! Do not be daunted nor cowed! Do not be afraid!) became the battlecry of the Filipinos decrying the imposition of Martial Law in the 70s. They waded through street battles; the urgent rhythm of the mantra in their bellies.

Remember the alliteration behind Egalite! Liberte! Fraternite! while the storming of the Bastille rocked French society? Victor Hugo’s depiction of the French Revolution came to us in contemporary times as some of the most incendiary lyrics that served to forge bonds among the peasants and the agents provocateurs.

The Philippine Revolutions against the Spanish, American, and Japanese colonizers caught the smouldering fervour of the Filipino’s war of independence in the lyrics of that now immortal anthem Ang Bayan Ko. The same battlecry rallied Filipinos behind the People’s Power march to topple the martial law government in the 80s. People sing it in every protest gathering against all and sundry.
Ibon’g mang may layang lumipad,/ Kulung mo ay umiiyak!/ Bayan pa kayang sakdal dilag/ Ang di magnasang makaalpas?(Translation: Even a bird that flies free,/ Would fly its captive coup!/ Would not a truly beautiful country/ Not dream and hanker to be free!)

Poetry and poetic cadence have always been handmaidens of protest movements.

However, they could only go so far. It is the residual effect of emotions stirred by these poems that linger, and they become the underpinning of sustained battlecries, the wellsprings of revolutionary thought.

While not all of those protest poets perished in the frenzy of combat, we remember them: People’s Republic of China sprung out of Mao Tse Tung’s Long March, and the poems of his Red Book; Jose Maria Sison, a Filipino poet and revolutionary, lives in exile unbound and unbent in the Netherlands; Epifanio San Juan still throws poetic brickbats against the Establishment for the peasants even in his exile in the bountiful United States, having suffered academic alienation from his country and colleagues; Jason Montana was up the in hills during the battles against the minions of corruption and martial law; Mila D. Aguilar endured incarceration only to find her continuing the fight today in the Philippine’s premier academic grove, the University of the Philippines.

Filipino poet par excellence Emmanuel Lacaba is still a desaparecido (or may have died in combat as this writer and certainly all his proud and grieving friends celebrated his demise in the mountain fastness of Mounts Arayat, Bukidnon, Mayon or Makiling --- romance-laden bastions of the myriad revolutions that have fragmented the Philippines even beyond its 7100 islands.

Some poets in Mr. Salud’s aborning anthology advocate the segueing of the guerrilla warfare sustained still onto its death throes by the outlawed National People’s Army.

Those poems that will certainly remain with men and women who will stand by human dignity and unfettered freedom will breed the Maos, Sisons, San Juans, Lacabas, Montanas and Aguilars in struggles yet to come.

I chose some of them here, and mark my words.

Before the rage poems started pouring in, Mila D. Aguilar wrote the fist “soundless scream” bemoaning the Maguindanao Massacre.
It is this soundless scream of rage which remains in the mind’s tympanum. It is this rage --- full of pain, and towering unsatiated anger, seen somewhat in Greek Tragedy and contemporary films like On the Waterfront, or actor Al Pacino, as the Godfather, performing a “soundless scream” over the murder of his daughter on the steps of the Scala. How dare anyone kill the patron’s progeny?

The silent scream is still the best and most graphic expression of rage. It is that which almost always remains with the most telling effect long after the flash of anger or miracle of forgiveness.

(Part 2, SOME POEMS FROM THE ANTHOLOGY OF RAGE)
Posted by ALBERT B. CASUGA at 5:04 PM