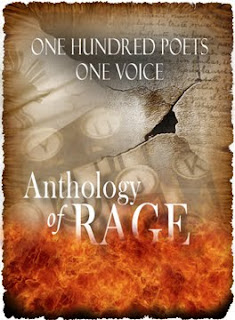 
Why did the Maguindanao Massacre happen? What sort of madness triggered this injurious blight? Man’s inhumanity to man?
Aquino’s playful poem goes to the root of this monstrosity. It is a way of life. It is being consistent to the colonizer’s (Spanish, American, or Japanese) estimate of the Muslims in “far Zamboanga.”

These were the “brown monkeys” who were never conquered. They preserved their way of life. They hoarded their prerogatives to use the land as they found it.
Murder to achieve their objectives? Sure, why not? They will not be denied this birthright. Even if they would not know what to do with it thereafter.

and we will express, always, "give us all
we want, no demand unprovided", though
we have no clue what we'll do thereafter.

Now, this is the rage that is somehow controlled by a making a jester out of the axeman. The murderer is the clown at the party. But rage it still is. Beware the smile of the afflicted, after the grief has subsided. This has always bred the Juramentado: the Mindanao Moro’s version of the suicide bomber or the terrorist manqué. But they aim to kill as many as they could to get to the good side of Allah. Allahu Akhbar!

i was a rain forest mystic, monkey-like,
moving through madness like a typhoon.
i turned my enemies into sloppy, wet cutlets.

i disgraced the spanish majesty with
sticks, rocks, stolen bullets. i defied
god's chosen, believing i'd get away with it.

it took many cannon shells to prove me wrong.
off to the white elysium, a humble student:
it was easy to forget the musty stench of burned villages. . .

this is how insects are unmade.
while scars remind us the past was real,
they can often be ignored.

and we will express, always, "give us all
we want, no demand unprovided", though
we have no clue what we'll do thereafter.

While Kilates’ poem used the assassin as persona, Alma Anonas-Carpio’s dirge comes out of the laments of the dead. They are the carrion who now bear witness to their wicked fortune.
The rage comes full circle then. If the dead could speak from their graves, they would ask how soon they would be forgotten. Anonas-Carpio, in this unwieldy apostrophe, pours out luridly pricking verbiage that is nevertheless tempered by her focus on the central image --- the protesting dead, the soundlessly raging dead.

Coming full circle to Mila D. Aguilar’s earlier trepidation, Anonas-Carpio is likewise worried by all these protestations. All sound and fury signifying nothing?
Our bodies will rot,/ Our lives may be/ Blown away on cruel winds./ But we will not be forgotten./ We will not let you forget./ They will not let you forget./Not now, Not ever.
So save your condemnations/ For those who can use them. / Condemnations count for nothing/ In a nation that does nothing but condemn.


From this vantage point, I would surmise that Anonas-Carpio would rather have a palpably meaningful retribution like: Shut the f…up! Shape up! You who weep with gnashing teeth. Rise up. Or die trying. Para sa ating Inang Bayan!

We stare into the sky,
Our eyes clouded and unseeing.
The sky is clear and blue as the ocean
Of justice upon which our paper boat heaves
And tosses, restless and sinking,
The newsprint running like tears
Into water, like widows' mascara
As they sit before our caskets.
Our mouths are frozen open,
Our blood-cry for justice
Will continue to rend the heavens,
Carried by thousands of living voices.
The bloody handprint of impunity
Will not be washed away
Until all the oppressed
Stand and speak,
Demand and win.

Now come the condemnations
When we lie bloodied and mutilated,
Staining the crabgrass red
With a rage of silence.

Our eyes stare into the bluest sky
With no one to shut them against the flies
That gather and feast upon our flesh.
We lie here, awaiting
The shock of discovery,

Now come the condemnations
Filling the holes where laws
Should have been firm as mortar
Holding together our dreams,
Keeping us alive, holding off
The hail of bullets and hate.

Our mouths are open,
Yet our words are gone
Who will speak for us?
A thousand more tongues.

Our hands lie shattered,
Belying the peaceful grass beneath.
Who will write our stories?
A million hands reaching across the earth.

There are many things
That can be kept silent,
But not things such as this.

We have kin, brethren by blood,
Brethren by choice.
They will give voice
To our dirge, our plaint,
Our blood-cry for justice.

There is nothing that will
Draw a pall of silence over
The murder of hope.

The grass here will grow green again,
The earth's red will not be of blood
As years pass. New candidates will
Still seek office, new journalists
Will still tell their stories.

So save your condemnations
For those who can use them.
Condemnations count for nothing
In a nation that does nothing but condemn.

In light of the cacophonic mix of all this raging, Philippine poetry’s eminence grise, Gemino H. Abad adds his voice:

Brotherhood, love ---
in life the most precious ...
but in that statement's corral,
the words seem embarrassed,
so bare,
as if stripped and found hollow,
without pith,
and yet, if they were lived,
in the deed the words would shine
and light up their inmost shrine.

While the rage remains unspoken, Abad moves beyond the backhoed common graves. Our best revenge is brotherhood. Love is still the sublimest rage there is.
Beyond the bloodcry of anger lies hope. Hope is still the handmaiden of love. Love conquers all. Ask the Man nailed on that Tree.

Jimmy Abad, the most senior of the poets, sounds most mellow in his rage submission. We, nevertheless, recognize our caveat: Beware the smile on an angry visage.

The Maguindanao Massacre rage poems recreate the energies of poetry as a tool that elicits the cleansing of human hubris which poetry has always been tasked with. It was a source of catharsis in Aristotle’s time, and so have our Balagtasan, Zarzuela, Dan-daniw, Dal-lit, and various other regional poetical jousts --- Joel Pablo Salud through his Anthology of Rage has, willy-nilly, revisited them.