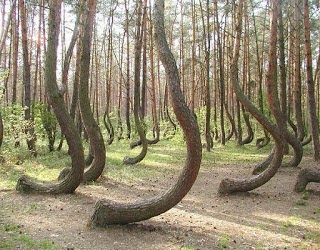 In an essay on What is Style, F. L. Lucas said: “Style has got bad name by growing associated with precious and superior persons who, like Oscar Wilde, spend a morning putting in a comma, and the afternoon (so he said) taking it out again.”

But that is obviously abuse of style.

If then style is a manner of expression, in literature it must be the use of the medium --- language --- and the selection of concretizing details which find their base in the author’s experience, his way of life, and his entire personality. The medium must be so used to unmistakably objectify the aesthetic experience which the artist would like to communicate. The details used must likewise be necessary and adequate in carrying out the same purpose.

What kind of language is used? Is it the language that could best express the experience being objectified? Are the verbal and literary energies of the language so manipulated and articulated as to objectify and emotionalize the experience being communicated through the objective form (artistic result)? Is the diction used appropriate? Effective? Adequate? Does the artistic use interesting and original manners of symbolization in order to objectify the experience? Is there clarity of expression, such that the meaning is derivable unmistakably from the various words, sentences, paragraphs, or stanzas, and the entire composition? Is there integrity or coherence? Is there a harmony of parts or materials used?

These are questions that are normally answered in the criticism of style or the use of medium and content. Of course, as was explained earlier, the criteria for judging the effectiveness, adequacy, and appropriateness of language devices vary from Art Period to Art Period in the various stages of literary development. (Literary history classifies these into: Classicism, Medieval (Gothic), Renaissance, Naturalism, Impressionism, Symbolism, Expressionism, Surrealism, Vorticism, Futurism, Dadaism, Existentialism, Populist Art, Revolutionary Art, etc.). 1

Therefore, the critic must find his standards from those criteria which were used during the time the work under consideration was done. Of course, there are common denominators of how well they serve the artistic purpose as devices of media. This stems from the fact that all art from Classicism to the present still engage in the objectification of the artistic experience.

To illustrate the above, the critic might come across legislative criticism like the following during the Elizabethan Period (Renaissance Humanism abounded):
“Our proportion poetically resteth in five points: staff, measure, concord, situation, and figure.” --- George Puttenham, The Arte of English Poesie (1589)

“Frame your stile to perspicuity, and to be sensible.” --- George Gascoigne, “Certain Notes of Instruction Concerning the Making of Verse,” Poesies (1575)

“We should not so soone yield our consents captive to the authoritie of antiquitie, unless we saw more reason; all our understandings are not built by the square of Greece and Italie. We are the children of nature as well as they.” --- Samuel Daniel, “A Defense of Ryme,” a reply to Campion in his Panegyrike to the King (1603) 2

Then again, the criticism of style varies according to the type of criticism the critic is employing. If he is using legislative criticism, it is possible that he would be dictating how the work should have been written according to well-established standards; if he is using theoretical criticism, he would be discussing the nature of the work in general and comparing how the wok under consideration stands vis-a-vis other pre-existing forms; if he is using descriptive criticism, he would be analyzing the use of medium as well as judging the content in the selected details and showing the reason why they were used at all. (See George Watson, The Literary Critics, Penguin Books, for extensive discussion of these types.)

The type of criticism one would find profitable in the formal approach would probably be a cross between theoretical and descriptive criticism since the analysis will have to depend on a literary theory as a springboard of dissection.

Next: Part IV Literary Criticism: The Elements of Style in Poetry and Fiction 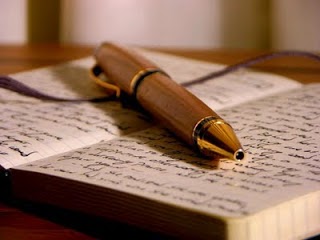