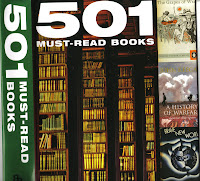 A. Universal Approaches are those based on the commonplaces of human valuation. They find their roots in experiences that have their ultimate appeal in the essential attributes of man; i.e., his rational faculties --- intellect and will. Those are also based on values considered by human convention as the sine qua non of whatever must be considered valuable.


As residues of universal human experience, these values become common attributes in art. They actually result from the various syntheses that appreciators make when they arrive at realizations concerning qualities common to genres of art. Although these syntheses may differ from Art Period to Art Period, they may invariably meet at a residual common ground where they become applicable as common denominators to works done in different stages of artistic development.

For instance, Classical Art (as expounded by Aristotle in his Poetics) has posited that for art to be valuable, it must first have a reasonably significant content (magnitude of content according to Aristotle); (1) i.e., that it must offer intellectual, moral, and social significance so that it might be consistent to the formative function of art --- to help complete the nature of man. (See Bates in previous entry, supra). Certainly, this criterion would be applicable to all forms of literary expression (poetry, drama, novel, short story, and essay), regardless of whether they were written during the Elizabethan era or during the contemporary period.

These values have, thereupon, become the “objective standards” of valuation; although, of course, they still have to depend on how much of these are seen in the work by the prejudiced beholder and on what manner of interpretation the appreciator would give to them, thus making these values “subjective” to a certain extent. They derive objectivity, however, from their institutionalization as doctrines in certain Art Periods that have seen fit to foist them as yardsticks of what would be considered worthwhile. Modern times and the subsequent periods have not found reasonable or debatable grounds to reject the imposition of such values in the appreciator’s critical system. They remain as criteria, therefore, by reason of universal acceptability.

Among these universal values according to Andrew Long are: artistry, intellectual value, emotional value, moral or spiritual value (which includes social, political, and ethical), permanence, and universality. (2)

1. Artistry. The art work is in its plainest sense an expression of some experience in a form which emphasizes the beautiful in the selected materials that have been articulated in a certain style and technique. Articulation should result in the creation of a clear, harmonious, and integrated objective art form.

2. Intellectual Value. Every artist, it must be assumed, is stimulated by his conception of a fundamental truth when he creates his work of art. It is this truth which he objectifies so that it may reach his audience in a familiar form. When such a truth explains or clarifies an aspect of the human condition such that this leads the appreciator to a thoughtful realization of its import and impact on his outlook as a human being, the work of art is said to reflect an intellectual value. In other words, it becomes a source for the appreciator who is expected to arrive at a synthesis of what he realizes from the apprehension and comprehension of the work of art confronting him.

3. Emotional Value. Since the aesthetic attitude is ultimately satisfied by what the appreciator can feel, the work of art must be capable of exciting an emotional response. It is this emotional reaction which normally makes the work of art impressive to the beholder. When it evokes sympathetic feelings in the reader, the work of art ordinarily succeeds in instilling pleasure in the appreciator who is after all predisposed to find his enjoyment in art appreciation. A short story, for instance, could evoke strong emotional responses in the appreciator through its vivid characterization of the personae assigned to carry out the plot. The reader is likely to identify himself with those he could recognize as encouraging predicaments similar to his (reader’s).

Spurious methods of evocation like deliberate mawkishness and saccharine sentimentality would not serve the purpose of emotionalizing the story. They would only succeed in making the story ludicrous and unconvincing; whereas, restraint and sincerity in the dramatization of emotion-packed actions would most likely solicit the beholder’s emotional response.

Trivial emotions are by their very nature fleeting, therefore, effervescent. They do not as a rule excite meaningful reaction from the appreciators. Emotion must, therefore, arise from the dramatic coagulation of a situation or contextual material in the work of art, and it must have a bearing on those emotions normally considered significant by the reader; viz., compassion, love, hatred, anger, envy, lust, greed, filial concern, emotions arising from the instincts of self-preservation, self-reproduction, and the like. These are emotions (either concupiscible or irascible) that ordinarily make men move.

4. Moral or Spiritual Value. Critics like Babbitt, Eliot, and the earlier Tolstoi have measured significant literature in terms of how it would explain life and how to cope with it in the light of human limitations. In fact, the moral approach in literature is the oldest mode of appreciation. Aristotle discourses on this in his Poetics when he points out that “no man can be a good poet, unless he is a good man,” and that poetry was used by the Greek teachers to correct a pupil’s morals.

The ethical value of literature rests on its explanation or depiction of the good and moral life --- that man’s behaviour in coping with life’s appurtenances is consistent to his rational nature; i.e., he is equipped with a free will to decide on the most reasonable manner of living with himself and his neighbours. He may decide to be good or bad; but for the depiction of that situation to be ethically worthwhile, he must be truthful and faithful to the complete nature of man --- that while he is capable of goodness, he, too, can be bad. But if the dissolute and the corrupt must be depicted at all, they must be shown as afflictions which need reformation according to natural law that governs man and his actuations.

The sociological/political value is reflected in situations which describe man and his relationship with his fellow human beings. Depiction of social orders that may be meaningful to the appreciator because he subscribes to their conditions and promises, are indices for the appreciator who is after social truths in art.

5. Permanence. Great literature has been known to be timeless. They have defied the imperatives of Time (that things grow old and become passé) so that they continue to be readable even in contemporary times. For instance, Shakespeare’s dramas have become classics perhaps because they celebrate the elemental verities about man and his lifestyle. True, the settings may be in another time and in another place far removed from where the reader may be, but the characters and the plots are as constant as human nature.

Shakespeare dealt with human problems which are intimately linked with man’s constant preoccupation --- the business of staying alive, the snares of human passion, the aberrations of instincts gone haywire, the lot, which have really not changed much since that time until the present. They are still the same problems plaguing man. Great literature, when read, comes up alive in any clime, at any time, in any place. In all occasions, they do not fail to regale man with their relevance.

6. Universality. Some of the best compositions in other languages come to us in translations. Although we realize that a lot is taken away from their enjoyment because they do not reach us with the original flavour and vigour of the language in which they were first written, we still marvel at the power with which they jolt us.

They may be about other people, other voices, but they do not cease to be meaningful. It is quite easy to realize that they have become the property of mankind because they depict man as a universal being, afflicted by the same pains wherever he may be; only the accidents differ --- the substance is man. Such epics as Homer’s “Iliad” and “Odyssey”, the “Song of Roland” and others have become part of the universal fabric of literary treasures --- they have even surfaced in other forms, but with the same substance, in other countries other than their land of origin.

It is this value which often stands out when critics, using the totemic or archetypal approach, unearth universal patterns of man, as well as traces of the Jungian “universal unconscious (which shows) that civilized man preserves though unconsciously those pre-historical areas of knowledge which he articulated obliquely in myth.” (4)

It is also this value which explains why legends and myths retain their attractiveness even when the superstition around them have already withered in the vine.

In brief, these values answer the query in valuation: Is the work of art universally valuable? (Is it good literature? Painting? Sculpture? Theatre? Film? )

All of these values refer to the content of the work of art. Evaluation of the medium and its use are the main emphases of the more particular value system in Formal Evaluation.

.Next: Part 3: Evaluation of Literature --- Formal Values and Values from the Personal Approach
Posted by ALBERT B. CASUGA at 5:32 PM