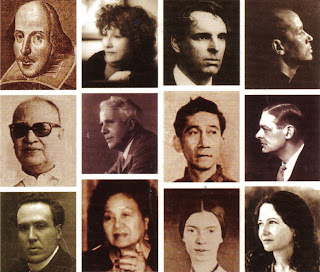 Part 4: Criticizing the Style of Poetry --- Linguistic Devices: Literary Devices (Words Have It)

2. Literary. The words are the fundamental units of meaning in the poem. Upon their use depends the yoking together of images and symbols to form the poetic gestalt. Therefore, the poet must, first of all, possess a mastery of his language, syntax, and his grammar.

a. Words. Denotations/Connotations. The literal meaning of a poem can generally be found in the denotations of the words used. Denotations are conventionalized significance which the author must also be aware of when he articulates his thoughts in terms of words. When these words are used esoterically, chances are that they would be vague if not nonsensical therefore confusing to the reader.

Connotations depend upon the history of meaning a word has. Most of the connotations in the language are, of course, a matter of convention; but they may also be coloured by one’s stock experiences. They may also be meaning emanating from the peculiar arrangements and juxtapositions of words and poetic lines. The poet must, therefore, be careful about his connotative equipment, such that he does not use a word in a manner that makes it alien to the subject matter-experience or theme he is trying to objectify.

b. Figures. As their name implies, these language devices create the concrete shape of an idea in terms of the limited resources of the medium. They put a “figure” on the mood, idea, or feeling.

Figures of speech, thought, and language have been made to make the concretization or objectification of experience easier. Instead of describing something in terms of an equally abstract concept, one can use a figure.

For example: “Love” as it stands alone may not sound as appealing. “Intense” love, as qualified may neither be here nor there. The reader normally demands that the intensity be quantified since that is how he ordinarily understands things owing to various limitations in conceptualization. Therefore, the figures come in full regalia. “I love you with the smiles, tears of all my life; but if God choose, I shall but love thee after death.” Or, “My love is as bright as the sun” (corny, but it attempts to quantify). “I can’t bear your deafening silence. He sleeps like a log,” And the like.

What makes a figure appropriate?

A figure is said to be appropriate when it earns the meaning by making it assume an exact, concrete, and clear picture. It suits the idea in that its use does not steal away attention from the meaning. For example:

Like ashes in the eyes, the memory of one being addressed intrudes; the yes, sensing, become doors forced open by the memory – by the ashes.

A figure is said to be necessary when not using it results into a reversion to the rhetoric of poetry making it “poetic” (meaning, artificial or simply a gush of language which does not make the object palpable). For example:

And life, a little bald and gray
Languid, fastidious, and bland,
Waits, hats and gloves in hand…2

The underscored personification puts a figure on “life”, which, if simply described as “fastidious, languid, and bland”, would not be half as clear as the picture of an old man properly dressed and waiting.

A figure is said to be effective when it contributes to the objectification of the point of the poem by providing a major slice of that which “can hold” about an otherwise elusive/illusive phantom of fancy. Most beginning poets mistake a dash of rhetoric for good poetry. If at all, they may succeed in sheer lyricism, but their experiences may not even jell in the minds of the appreciator.

Here is an example of an effective use of figure:

The yellow fog that rubs its back upon the window panes,
The yellow smoke that rubs it muzzle on the window panes
Licked its tongue into the corners of the evening,
Lingered upon the pools that stand in drains,
Let fall upon its back the soot that falls from chimneys,
Slipped by the terrace, made a sudden leap,
And seeing that it was a soft October night,
Curled once about the house, and fell asleep. 3

Only T.S. Eliot could have thought of the fog as a cat. One is impressed by the conceit which makes the motion of the fog clear in terms of the movements of the feline. At the same time, the atmosphere is explained, the mood is established.

Figures could, of course, be abused. The Elizabethan sonneteers were scoffed at by the Metaphysical poets because of their excesses in the use of similes and metaphors. Before the 17th century group led by John Donne put an end to this abuse, Shakespeare himself satirized the metaphor used unto hyperbole. In Sonnet 130, the Bard said:

My mistress” eyes are nothing like the sun;
Coral is far more red than her lips red;
If snow be white, why then her breasts are dun;
If hairs be wires, black wires grow on her head.
I have seen roses damasked, red and white,
But no such roses see I in her cheeks;
And in some perfumes is there more delight
Than in the breath that from my mistress reeks.
I love to hear her speak, yet well I know
That music hath a far more pleasing sound;
I grant I never saw a goddess go;
My mistress, when she walks, treads on the ground;
And yet, by heaven, I think my love as rare
As any she belied with false compare. 4

This was, of course, Shakespeare’s reaction to the overdone metaphors of his compatriots which bordered on figures like” “The lady’s eyes are suns, her cheeks are roses and lilies, her teeth are pearls, her bosoms are as orotund as the globe, her hair as wires.” The enterprising student should try to sketch the likeness of this lady so he will fully appreciate the reaction of Shakespeare and the metaphysical poets.

Between the concrete and the abstract concept in poetry, most conscientious poets would rather pt for the concrete, but not at the expense of good taste and sincerity.

c. Archetypal Materials. Any attempt by the author to reinforce the objectiveness of his experience through the use of established universal cultural patterns like myths, allusions, and the like, should not frighten the critic. These are materials available to the poet as other means of objectifying experiences in terms of bodily transported mythological, historical, and biblical lore.

For instance, T.S. Eliot uses the Holy Grail myth and the Tarot Rites in his “The Wasteland”. Not that he would like to make this poem abstruse, but these mythical details are supposed to have a predetermined set of evoked feelings, such that when encountered once more, they would make the appreciator react in this “canned” set of emotions. Therefore, the poet builds on this and weaves the myth into his poetry thereby also making his poems assume a universal relevance --- because myths are universal.

Allusions, as literary devices, serve the same function as the figures in that they are ready-made objects which have a history of significance in themselves. Their significance, which may be found in history or past lore, evoke thoughts and feelings which may very well become part of the appreciator’s experience in the appreciation of a poem.

Thus, when the poet makes an allusion, he expects that the educated reader would respond to this allusion as he ordinarily would to a cue. The allusion is calculated to earn the meaning in terms of accomplished fact. If anything is meaningful, they are those that have already become part of history since their import have been moulded into definite significant patterns.

Allusion to Prince Hamlet here recalls the tragic experience of that young man who was wracked by his indecision on whether or not he would slay his mother and his uncle who were conspirators to his father’s assassination. Of course, the allusion is calculated to recall all possible shades of meaning in the Hamlet story by Shakespeare. Quite naturally, the Hamlet-complex is being contrasted to that of Prufrock in this poem by Eliot. Somehow, therefore, the poet succeeds in abbreviating his rhetoric and is now depending upon a fact of literature to do the configuration of a thought for him.

When allusions, however, obtrude and mislead, they are a flaw in the poem. Allusions, therefore, are functional only when they aid in the refurbishing of the matrix of meaning and subjective significance that the poet is working towards in his poem.

For instance, the following allusions are pretentious:

Suburbia of the paid-for ecstasy
Until her aldermen began to think
In terms of the Great City --- a fallacy
Considering her midnight dens of finks
That make her Sodom sans the opulence;
Or yawning whores recalling ancient Rome
If only for the waxing decadence
Described in Gibbon’s silverfishing tome. 5

The underscored are pretentious allusions because they are not successfully woven into the poem’s matrix such that they reinforce not assume the principal function of objectification. Sodom is not half as clear as a description of actual sodomy in the suburbia. Ancient Rome would actually bait mnemonic irrelevancy, in that the context may even suggest the Rome of Peter or the Empire of Caesar, and not the Decline; Gibbon’s book (The Decline of the Roman Empire) is not functional in that it is an obiter dictum, scarcely significant because it is so esoteric to many who are not collectors of books. Federico Licsi-Espino has written better poetry than this.

SUMMARY OF STYLE IN POETRY